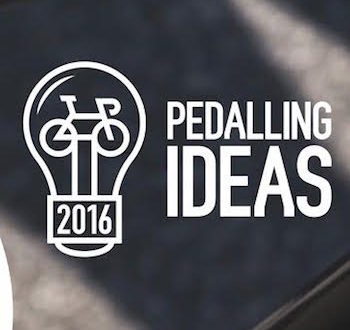 Pedalling Ideas is a weekend of inspiring talks from cycle-enthused speakers to be staged in Leeds this Saturday and Sunday. Speakers include journalists, frame-builders, cycle tourists and cycle thinkers. The not-for-profit event is raising money for St Gemma’s hospice of Leeds.

Event organiser Ian Street – “I’m just a normal guy who rides a bike” – said the event will “bring together an eclectic collection of speakers providing inspiration about life on two wheels.”

Most of the 100 tickets have already been sold. Street – who works for Leeds City Council – said Pedalling Ideas would be an “opportunity for people to come, listen to others, share their enthusiasm for all things bike related, but also to learn something new, be inspired to try a different aspect of riding, share their stories and be part of the cycling community.”

Street is still looking for event sponsorship to enable more of the ticket sales to go to the hospice which cared for deputy editor of Singletrack Jenn Hill before her death from cancer in 2015.

“I like the idea of different people coming together over a weekend, telling stories, being inspired and maybe then going out and doing stuff on the back of it,” said Street.

The event will be held at Duke Studios in Leeds.

Share
Previous Just in time for Christmas: the autobiography of Trott and Kenny
Next Qhubeka is now registered with JustGiving