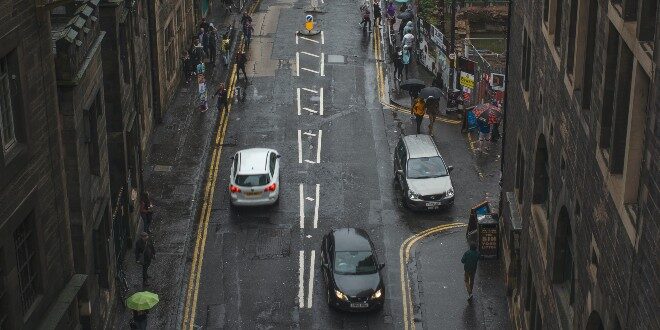 In the letter, the organisations state that: “A camera footage system would be good news for all responsible road users and the police. The only bad news would be for irresponsible and law-breaking road users who would be more effectively held to account.”

The Scottish Government recently announced a Vision Zero target for eliminating road deaths and serious injuries by 2050. The coalition believes that a camera footage reporting system is an ‘essential’ tool for making Scotland’s roads safer.

The increasing use of dashcams and cameras used by cyclists, motorcyclists and horse riders has proved an effective way of taking action against dangerous drivers and making the roads safer for everyone, says the coalition, as well as saving valuable police time.

Online systems allowing people to upload camera footage and report incidents are already in use in 40 of the 45 police force areas in the UK. Cycling UK’s engagement with these forces has revealed that such systems cut an average of eight-12 hours of police time per case, by using dedicated civilian staff to assess the video evidence and reducing the workload of uniformed officers.

Between December 2019 and January 2021, Operation Snap in Wales saw the police take action against poor driving in 58% of cases where footage was submitted. Northumbria Police stated in November that 77% of submissions to their system had resulted in action being taken against drivers.

Jim Densham, Cycling UK’s policy and campaigns manager for Scotland, said: “Scotland was the first nation in the UK to announce a Vision Zero target for people dying on our roads – we shouldn’t be the last to get the tools to help prevent avoidable deaths. Police Scotland can’t be everywhere at once, but if they have an effective means for the public to submit evidence of dangerous behaviour on our roads, they won’t need to be.”