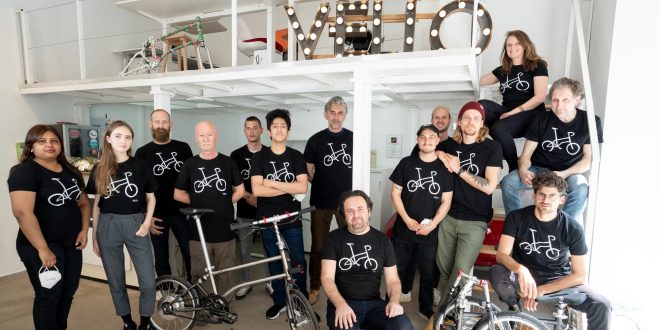 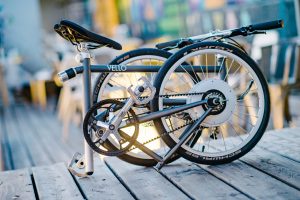 If you rewound to 2007, it would be a stark reminder of how the cycling landscape has changed, most notably in the e-bike market. While the UK is yet to catch up with European counterparts when it comes to assisted-cycling, we have still come on leaps and bounds in sustainable urban transport since the noughties.

Valentin Vodev, co-founder of Vello Bike, recalls his time studying in London, researching the most effective way of transporting an urban population around cities – unsurprisingly, Vodev landed on the bike.

“[The best solution] is a combination of an electric bike, that can carry a lot of stuff, has a range of 30km or 20 miles, and that can be folded so it doesn’t take up too much space. This was the conclusion back in 2007, and believe me, there weren’t many e-bikes on the market then.”

The mission
Vodev trained in industrial design, both in Vienna, Austria and in London, before dedicating himself to the pursuit of urban transport solutions. In 2014, Vodev’s work in this area led him to founding Austrian bike manufacturer Vello Bike, alongside co-founder Valerie Wolff.

“So our concept from the beginning was to have a very good riding bike that you can fold very quickly,” said Vodev. And the first generation was not so small, but the geometry of the bike and the riding was very important for us.

“What we love to build is folding bikes for cyclists. So this is our main goal: To make it possible if you cycle a lot that you can have a folding bike that you can take everywhere, but also without any compromise on the riding performance.”

What Vello offers is a design lighter than its nearest competitors, larger 20 inch wheels, and a hinge-free frame design to offer an improved ride feel – instead folding points are built into the front fork and a clamping system in the seatstay.

Vello currently offers a variety of different models, from traditional bikes starting at £1,590, an e-bike version retailing at £2,990 and the ultralight titanium version, which was launched at the Cycle Show in London earlier this year.

UK launch
Having already found success at home in Austria, in France, and in Vello’s most successful market Germany, since April 2022 the brand has expanded into the UK, working with About the Bike in Dalston, East London as both retail partner and distributor.

“The UK market is very open-minded for these type of bikes and I liked that. So I think it’s very good to also see how our brand does there. It was not possible for us before to be really on the market because we didn’t have the capacity to produce everywhere, and also we need to have servicing, and now we are building that with our partners.”

On choosing a retailer partner to handle distribution, Vodev said: “We believe that if you have a warehouse but you never ride our bike and you don’t service it, you just move some packages from A to B, that isn’t going to work.

“So I don’t think the classic distribution model is good for our brand. That’s why we chose a person to work with in a shop that has their own experience with retail, is hands on, and they have a direct contact with the customer. This is the most important thing for us.

“We had a very good experience in Germany by doing that. We have a lot of independent shops that we actually supply directly from Austria which is possible for Germany, but in the UK it’s easier for us to have one person who takes care of the whole market, and understands the market.”

Future of the industry
As we emerge from the bike sales boom during the coronavirus pandemic, many bike brands are reporting a decline in sales when compared with 2021 figures. Combined with rising cost of living and predicted recession, the cycle industry may be facing a turbulent year ahead.

Vello has had its own stock problems throughout the pandemic, but like for many brands, those issues are gradually easing: “We had to be innovative. Where to source out parts. We didn’t have the different coloured seats, and I spoke to one colleague that only had pink seats because they couldn’t get any others.

“We still have one model that is not available, but we have got alternatives that work very well. It was a little bit scary, how you could not have grips and then you couldn’t deliver the bikes.”

But how does Vodev see the industry faring? “In general, I’m not worried about biking because it’s recession-proof. But the bike industry, that’s a different story. We’ve had this over-buying of components and over-stocking, and then you have a decline in sales.

“You have to strike a balance – if you overspend you have a big problem, but if you don’t buy the parts you can’t sell bikes and that’s a problem. I think in general it’s a tough time for everyone.” 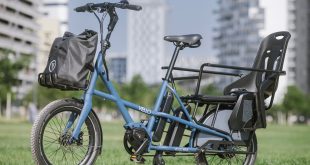