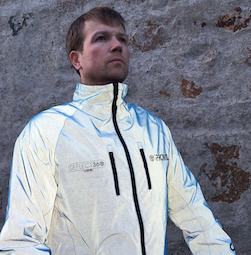 New Proviz ranges to be distributed by Moore Large

Proviz has announced the expansion of their best-selling REFLECT360 range and will continue their successful partnership with leading distributor Moore Large.

The coming autumn/winter season will see Proviz introduce helmets, waterproof trousers and waterproof gloves to the REFLECT360 range. All to be carried by Moore Large.

Moore Large will also be carrying stock of the recently announced REFLECT360 CRS jackets, which the brand says is the world’s first all colour cycling jacket to have a 100% reflective outer shell. The CRS was announced at the end of July, in conjunction with a Kickstarter campaign, which has seen Proviz reach nearly four times their original target, with several days still to run.

On speaking of the expanded range and the launch of CRS, Proviz Co-Founder Rupert Langly-Smith said: "The REFLECT360 CRS Kickstarter campaign has been a great success and as a result we have received a huge amount of trade enquiries, which shows how the product has captured everyone’s attention."

He then added: "We advise all retailers interested in this product and the expanded REFLECT360 range to contact Moore Large to place pre-orders for the season to be the first to receive the first batch of stock when it arrives. It is always hard to judge stock orders when introducing a new product to the market and we want all retailers to be able to get hold of them for the whole season"

Langly-Smith’s sentiments were echoed by Moore Large Product Manager, Leon Stimpson, who said: "Proviz have firmly established themselves over the past couple of years, as the leading enhanced visibility cycling brand in the UK cycling market.

"The REFLECT360 range has driven a large amount of the brand’s success over the past two autumn/winter seasons. The REFLECT360 CRS jacket is another step up in innovation and we are expecting huge interest in the product.’ He went further by saying ‘the introduction of the REFLECT360 helmet, gloves and waterproof trousers will further add to the range’s appeal for retailers."