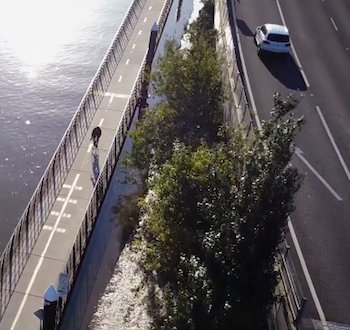 A new consumer-facing industry organisation has been launched in Australia – the Australian Cycling Promotion Foundation aims to "transform national bicycle advocacy in this country." To mark the launch the levy-funded organisation has released a video which promotes separated cycleways and the joy of cycling.

Formed out of the long-standing industry-funded Cycling Promotion Fund, which has invested over $3m in federal advocacy since 2000, chair of the Australian Cycling Promotion Foundation, Neelesh Mehta, said the new organisation will transform the way everyday cycling is presented to the public and key decision makers.

“The new foundation will represent all cyclists in Australia and gives us a broader, more agile platform than we had under the CPF and will allow us to deliver more programs and to better advocate for and support the millions of Australians who would ride more often if it was easier and safer to do so,” said Mehta.

“In addition to maintaining the strong relationships we have established across Federal Parliament and throughout the bicycling sector, we plan to step up and present cycling in new ways," he added.

“33 percent of Australians cycle regularly. This figure could increase to 66 percent of all Australians cycling for transport if conditions were better. So it is easy to see the size of the opportunity out there and, with a looming crisis of physical inactivity, we can do more."

All existing industry members of the Cycling Promotion Fund have signed up to the new foundation.

In the UK, the Bicycle Association is currently transforming the long-running Bike Hub fund into the advocacy-focussed Bicycle Industries Fund.