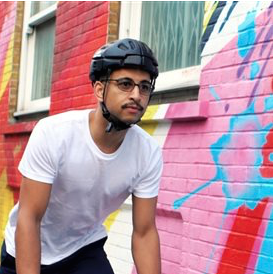 Morpher Helmet launched a crowdfunding campaign with investment platform Seedrs last week and has already exceeded £430,000, which is more than 70 per cent of its £600,000 target.

Morpher was invented by British inventor Jeff Woolf for the 83 per cent of cyclists who don’t wear a helmet. With more bikes than cars sold today in the US and Europe, the new design presents a solution to a growing road safety problem. RoSPA reports that in the UK, 75 per cent of fatalities were from serious head injuries. There are at least 200 million people worldwide who use bike schemes and 90 per cent of them don’t wear a helmet.

The entrepreneur endeavoured to solve this problem by inventing a helmet that could fold flat so people could pop it into a bag as small as a laptop case when not in use. "The goal is to get people to carry a Morpher in their bags, it will become a habit that will save lives," commented Woolf.

A successful reward-based crowdfunding campaign on Indiegogo has raised nearly $400,000 from 3,000 backers and over 4,000 helmets have now been sold. The company has built up a strong community of cyclists and supporters worldwide. Funds raised will be used to meet demand from distributors, agents, retailers and cyclists.

Morpher has patents granted in many countries, pending in several others, has CE1078 and CPSC safety certification and is manufactured by one of the world’s leading helmet manufacturers who also produce for big name brand cycle helmets such as Bell, Giro, Scott, Lazer, Specialized, Bolle, Kali, POC, Trek and Limar.