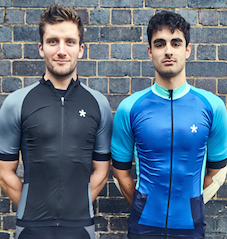 Along with his two Olympic medals, Skinner’s honours include a clean sweep of all four British national sprint titles. Emadi is a three-time national champion and Commonwealth Games silver medalist. In 2015 he switched from track sprint to track endurance disciplines, going on to take a gold and a bronze in two rounds of the UCI World Cup as a member of the Team Pursuit squad.

“The fixed gear scene has been growing and building momentum around the world; since I saw my first race I was captivated. Unlike other sports it is incredibly inclusive allowing couriers, amateurs and professionals all to compete against one another. It is great to see high profile athletes like Callum and Kian join us in Brooklyn, straight from the track at the UCI championships last weekend,” said Huez* co-founder Lorenzo Curci.