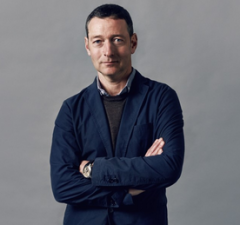 Sports journalist, television presenter and author Ned Boulting will appear at the 2018 France Show on Sunday 28 January to discuss his life in the cycling industry.

Currently touring the UK with his one-man show Bikeology, Boulting will be sharing his favourite moments from his fourteen years covering the iconic Tour de France race – traveling around France in pursuit of the sport’s biggest names including Cavendish, Wiggins, Froome and Armstrong.

Last year, Boulting appeared as the host of the 2017 BikeBiz Awards as part of the London Bike Show at London’s ExCeL events space. The Awards will return for 2018 with a host of new categories. Find out more about the 2018 BikeBiz Awards here.

The France Show returns to Olympia London from January 26th to the 28th, 2018.