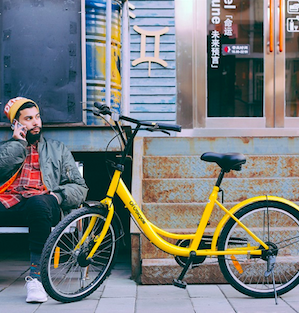 Labour MPs and councillors attending the Labour Conference are today taking part in the ofo Bike Club cycle along Brighton’s seafront in aid of the British Heart Foundation.

Dockless bike firm ofo is raising money for the BHF’s research into heart and circulatory disease, which affects an estimated seven million people in the UK. The ride took take place at 08:30 in the morning, starting at the British Airway i360 tower. MPs signed up to attend include Tom Watson, Mary Creagh, Meg Hillier, Tracy Brabin and John Cryer MP.

Commenting on the event, ofo UK operations director Joseph Seal-Driver said: “Cycling has huge potential to help us tackle the major issues with pollution and congestion facing our cities. It’s crucial that everyone – from politicians and city planners to tech entrepreneurs and community groups – back innovative solutions to make it cheap, convenient and accessible to all parts of their local community.”

ofo launched in the UK in April in Cambridge, after which it expanded to Oxford in August, and most recently to Hackney in its first venture into the capital.