Gadgets can be charged via the ports; Brand to follow up Eurobike with NEC Cycle Show appearance later this month

Following up on its launch last year at Friedrichshafen – and its appearance at ExCeL’s London Bike Show last January – the British brand is introducing chromoloy steel, lights powered by the bike battery and the aforementioned USB charging port this year.

Highlights include the new Upstart City, touted as one of the lightest pedelecs on the market, featuring a Brooks saddle and grips as standard. The City, pitched as an upsell from the Upstart launched last year, charges mobile phones via the industry standard Micro B USB and 324 Wh Li-ion battery, enabling riders to use navigation apps and the likes of Strava for longer.

Other highlights from the range Momentum Electric is launching at the German show is the new Model T Plus has a reinforced steel frame with carry handle, Micro B USB charging post and cargo option. Also featuring a Micro USB B connector for phones, the step-through frame now comes with a specially designed removable front pannier easily transforms the Model T into a workhorse. As with the Upstart City, the price will be revealed over in Friedrichshafen, while the regular Model T will still be available at £1,095.

Aside from product news, Momentum is now found in 22 shops over Europe and, the brand says, in all the major electric bike retailers in the UK as well as some regular bike shops and London’s Selfridges. Interest in the brand has come from Ireland as well as Germany, Denmark and the Czech Republic.

For 2014, the e-bike firm is focusing on the UK and entering Germany – an obvious key market for the company, not least as one of Momentum’s founders – Andreas Törpsch – himself hails from the electric bike mecca.

Törpsch, former head of testing at ExtraEnergy, said: “Germany, apart from the Netherlands, is one of the most mature markets for electric bicycles. People there are well aware of pedelecs and their value. 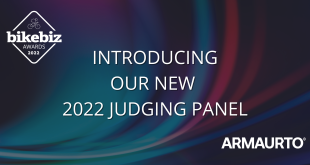