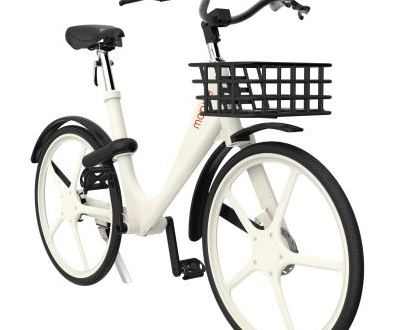 Mobike has launched a new generation bicycle model with a minimalist design to create a light and easy-to-handle bike.

While ensuring the safety and durability of the bicycle, Mobike engineers strived to reduce every gram of weight. The new bike frame is 50 per cent stronger than European standards, but weighs 15.5 kg, which the brand claims is the lightest mainstream shared bike on the market.

Automated gear shifting is incorporated into the model. When users pedal quickly, the new Mobike automatically shifts into second gear so the pedaling is more suitable for faster cycling, whilst a new gear ratio makes starting the bicycle from a full stop easier — one cycle of the pedals achieves 36 per cent further distance on average.

The new model has an internal chain transmission that both makes riding easier and guarantees the chain will neither fall off nor catch the user’s’ trouser legs. The chain is also more reliable and durable than previous models. Mobike has kept the five-spoke wheel design, but engineered a magnesium-aluminum composite that is lighter, stronger, and more durable.

Mobike co-founder and president Hu Weiwei said: “The launch of an all-new model means Mobike’s industrial design is setting higher benchmarks for the industry. From an ergonomic design to new composite materials, and from automatic gear technology to an enhanced transmission, Mobike continues to innovate to make riding easier and safer so users can move about more easily and better enjoy the city.”

Mobike launched in April 2016 and has since deployed in 180 cities around the world operates more than 7 million smart bikes, providing over 25 million rides every day for a community of 150 million Mobike users.