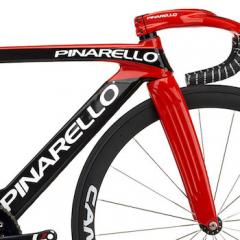 It has been confirmed that LVMH-owner L Catterton will take a controlling stake in Pinarello. News of the rumoured deal first circulated in October.

Fausto Pinarello will maintain a significant stake in the business, and remains as CEO.

Pinarello plans to expand its presence globally and the company aims at opening new Pinarello concept stores in some of the most prestigious capital cities in the world. The operation was conducted jointly by L Catterton Europe and L Catterton North American Growth funds and regards the majority of Pinarello Holding capital, while Fausto Pinarello maintains a minority – although significant – stake.

Pinarello Holding counts € 52 million revenues during fiscal year 2015/2016, 90% of which are realized abroad. Operating in more than 50 countries around the world. Pinarello has more than 50 employees and produces 30.000 bikes per year, investing 4 percent of revenues in R&D.

"With L Catterton’s Pinarello will see new growth perspectives; we will not forget our roots and continue our path, creating innovative and high quality products.”

Pinarello was founded in 1952.

Share
Previous Pedal It: a different kind of dealer
Next Bike mechanics and bike parts needed for Calais refugee project