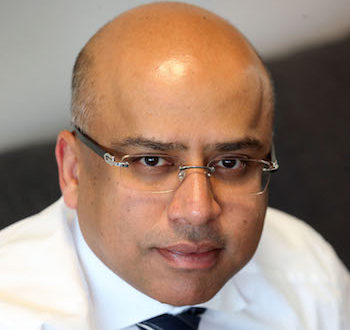 Sanjeev Gupta’s £7bn Liberty House Group has acquired Shand Cycles of Scotland. Earlier this year the steel magnate acquired Trillion of the Midlands. The group has now created the Liberty Cycles division, and is aiming to "reshore" bike production in the UK

Liberty, which completed the deal this weekend, intends to expand Shand’s manufacturing capacity at Livingston, West Lothian, while also using the engineering expertise of its Midlands vehicle technology teams to support both Shand and Trillion.

Steven Shand founded Shand Cycles as a custom builder in 2003. His company has been making Trillion’s mountain bike frames for some months.

Gupta began his working life selling bicycles on behalf of his father’s Indian manufacturing firm. He said: “We’re very excited to welcome Shand into the Liberty family of companies. We recognise the skill and quality they bring to bike production and feel they will work very well with the Trillion team and engineers and designers in our vehicle technologies division at Leamington Spa.

He added: "Liberty is developing a solid base upon which to build a significant bike manufacturing business, offering high quality and attractive machines to all parts of the market."

Shand will continue to lead Shand Cycles and he said: “This is an exciting new phase in the development of the business. Together as part of the Liberty Group I believe Trillion and ourselves can do some ground-breaking things in the cycle market. The link up also allows us to develop some very valuable extra manufacturing capacity.”

Gupta founded Liberty while he was still at university in 1992. The business is headquartered in London, but has interests around the world, including with the SIMEC conglomerate owned by his father. Liberty House owns part of the troubled Tata steel steel manufacturing businesses.

Earlier this year he said that he believes bike manufacturing can be revitalised in Britain, especially after Brexit, and he sees it as a return to his roots: “My first job was my gap year in 1990 was selling Victor bikes internationally which my father’s company made.

He added: “Because of my father’s business I was practically born with a bike in my hands – this is me coming full circle.”

Gupta is executive chairman of Liberty House. He was born into a family of industrialists in Punjab, and he was educated in the UK, graduating from Cambridge University.

Last year he tried to acquire Tata Steel’s entire UK business, which was put up for sale in March 2016, eventually taking over parts of it.

Liberty House has created a "Green Steel" strategy to rejuvenate British steel manufacturing by creating a competitive, low-carbon sector based on renewable energy and re-melting of domestic scrap steel.