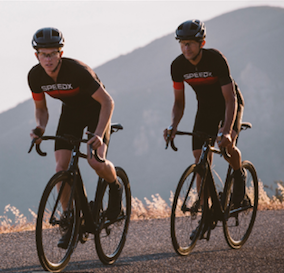 Smart bike brand SpeedX has launched its new e-commerce store, with worldwide access and new products set to roll out within the year.

Customers can now buy bikes, accessories and clothing directly from the Kickstarter-fuelled cycling brand on its new online shopping platform.

The online store – which is currently exclusive to dealers located in the U.S, will be available to the rest of the brand’s global markets later this year. SpeedX commented that the new e-commerce site will allow the company to have more control of the supply chain and implement improved communications across the board.

SpeedX launched its first road bike – the Leopard – in March 2016 after $3 million was successfully raised on Kickstarter from over 1,200 backers. In that time, the company also released the Leopard Pro road bike and Mustang mountain bike, with further new bikes such as the Unicorn Pro series planned for later this year.

CEO of SpeedX Tony Li commented on the launch of the site: “We are very excited to launch the new SpeedX shopping site. By selling directly online from our own e-commerce platform, we have better control over the supply end, enabling us to keep the prices competitive for our customers.”

SpeedX has confirmed that its product line is set to expand in the near future, with a new product at the end of 2017.