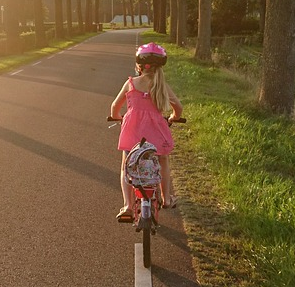 According to research conducted by discount goods website MyVoucherCodes, three in ten parents surveyed stated that they had purchased bike riding lessons for their children.

39 per cent of those surveyed admitted thatwere scared their child would seriously hurt themselves, 33 per cent admitted they don’t have the patience to teach their child and 20 per cent were unsure of how to instruct to their child effectively.

The research also confirmed that the overall spend on cycling lessons in Britain amounts to around £841M – or £143.63 per family, when combining the research with ONS data. Some parents were comfortable spending in excess of £500 on lessons.

43 per cent of children are now older than the national average age of five years old when they master the skill, and nine per cent still haven’t learnt how to ride a bike by the age of 18.

Chris Reilly, who commissioned the research, commented: “Considering 91 per cent of parents described their own experience of learning to ride a bike as positive, it’s surprising to see the number, let alone expense, of parents outsourcing such a key childhood milestone.”

The company has partnered with Halfords to create a cycling instruction video, which can be viewed here.