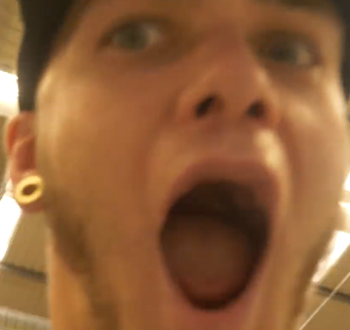 The Walsall branch of Halfords refunded a BMXer after he filmed himself jumping off a swimming pool’s highest diving board. Ryan Taylor posted a video of himself carrying out the unauthorised stunt last week – it has so far had more than 380,000 views. It shows Taylor jumping from the 7.5 metre diving board at Walsall Gala Baths last Wednesday, September 13th. At the end of the video he appears to claim he returned the bike to Halfords for a full refund.

Staff at the leisure centre were forced to evacuate the pool. Taylor showed no skill in jumping from the diving board – he’s no Danny MacAskill.

He was warned that the police were "on their way" but Taylor – sporting a GoPro, or similar, on his chest – replied “I’ll have to be out before they get here then."

Dripping, he left by an emergency exit, suggesting staff and swimmers should "subscribe for more videos."