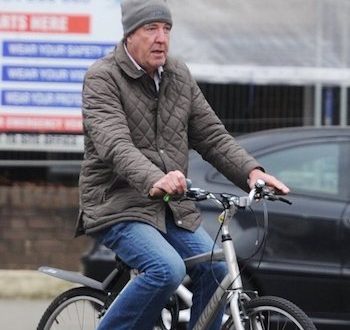 Jeremy Clarkson has nailed it on rule 163 of the Highway Code. This is the official advice that when overtaking cyclists they should be given as much room as a car.

In his latest column in The Sun, Clarkson wrote: "The bike needs to be two feet from the kerb to be safe. It is a foot wide and it needs five feet of clearance. That’s eight feet for a bicycle, which on most normal British roads leaves two feet for the car or truck to get past safely."

Rule 163 of the Highway Code has long been championed by cycle campaigners. In 2015, Olympian Chris Boardman starred in an industry-funded video which reminded drivers that “People on bicycles are flesh and blood, they’re mums and dads, sons and daughters, brothers and sisters.” He stressed that motorists need to “give them plenty of space when overtaking” and the video showed rule 163 in action.

Clarkson’s column was, in part, a response to the successful "close pass" campaign from the West Midlands Police Traffic Unit which, since last year, has been nabbing motorists for ignoring rule 163. Other police forces also now stage such "stings".

Rule 163 of the Highway Code states "give motorcyclists, cyclists and horse riders at least as much room as you would when overtaking a car" and illustrates this advice with a photograph of a motorist leaving a full car’s width when overtaking a cyclist.