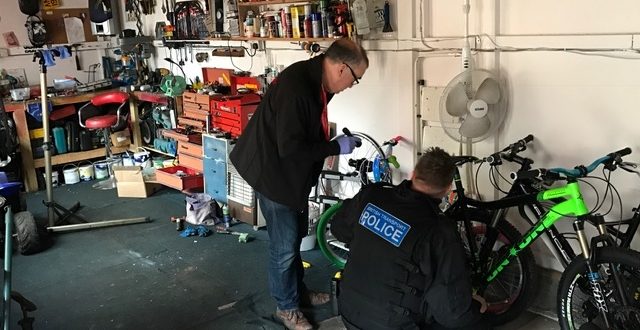 A bike shop owner who had associates steal bikes to order from York railway station – and which were subsequently sold in his shop – has been sentenced to serve time at Her Majesty’s pleasure. His two gang members have also been jailed.

Cycle City owner Phillip Rennison will serve two years behind bars, and Andrew Elmer and John William Connelly – who spotted and stole the bikes for Rennison to sell in-store – were sentenced to 16 months each. Cycle City has since closed, and Rennison has been declared bankrupt.

The three men pleaded guilty to conspiracy to steal bikes from York station over a six month period from October 2016 to March 2017, and were handed jail terms at York Crown Court earlier this month.

Connelly, a drug addict, was stopped by two British Transport Police officers after they saw him acting suspiciously near the bike racks at the station. Text messages found on his phone linked him to Elmer and Rennison and an investigation – Operation Lucas – subsequently uncovered a wider criminal operation.

In March last year 20 police officers from BTP and North Yorkshire Police executed search warrants at two residential addresses and Rennison’s shop on an industrial estate to the north of York city centre where a number of bikes were seized.

The shop’s website, now offline, claimed it offered "top branded bikes" at "some of the best prices around." Well, quite.

Ominously, the site also said: "if you can’t find what your [sic] looking for here please give us a call."

“That is why, frankly, he became involved in this venture,” the barrister explained. “He bitterly regrets what he has done and he wishes to apologise.”

Elmer, who was homeless at the time of the thefts, was not paid for his part in the crime.

None of the stolen bikes were recovered, reported the York Press.

Sergeant Nigel Ashworth said: “This was a complex investigation into an organised gang who were stealing bikes to order.

“These three men showed contempt for the victims and the cycling community of York by stealing property, and portraying themselves as legitimate bicycle enthusiasts.

He added: “We are committed to reducing bicycle crime.”

Honorary Recorder of York, Judge Paul Batty QC, said: “Cycling is an integral part of the fabric and economy of both the city and the university.

“The message has to go out loud and clear that those involved in this professional type of theft of bicycles in the city will receive deterrent sentences.”

Cycle City of York is on the list of bike shop closures reported by BikeBiz last year.