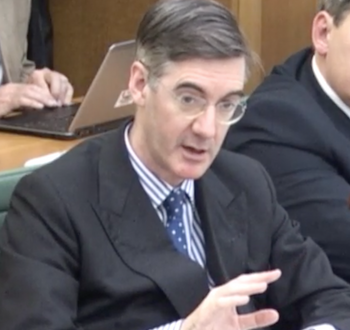 Tory MP Jacob Rees-Mogg believes Brexit Britain could roll back EU safety and environmental standards, and instead have the same sort of regulations as India. Rees-Mogg floated the idea at a hearing of the Treasury Select Committee saying that cutting environmental and safety regulations on imported products would be good for Britain because the standard were “good enough for India”.

“I accept that we’re not going to allow dangerous toys to come in from China," said the Brexit supporter, "we don’t want to see those kind of risks. But there’s a very long way you can go.”

The Government has said all EU regulations will be adopted into British law by a Great Repeal Bill. Changes can then be made on a case-by-case basis after Brexit.

Rees-Mogg thinks we should scrap health and safety and be more like India. Here's the annual death toll in Indian factories. pic.twitter.com/CNxZnsBzK2

Environmental and workers’ rights campaigners are worried that by leaving the EU clean-air regulations and safety standards will be watered down by future British governments.

If Brexit Britain has different safety standards to the EU this has obvious – and potentially damaging – implications for industries which are heavily reliant on imports, such as the bicycle industry.