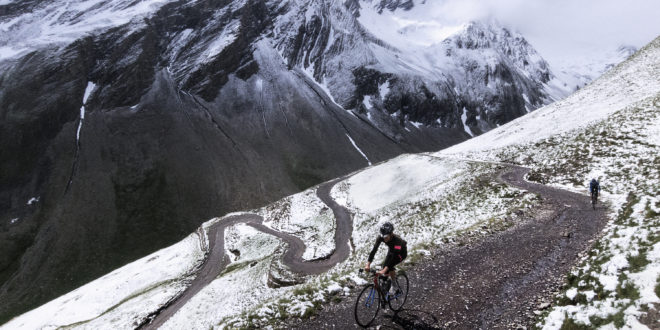 Max Leonard has taken to Kickstarter to fund a reprint of Fred Wright’s 2002 classic The Rough Stuff Cycling in the Alps. Leonard is the author of Higher Calling, about why cyclists like riding in the mountains, and Lanterne Rouge, about the last man in the Tour de France, both published by Yellow Jersey. Isola Press is Leonard’s own imprint.

The Kickstarter campaign for the Alpine rough-stuff book went live this morning and quickly racked up more than fifty backers, with nearly £1900 pledged of the £2,500 funding target.

The Rough Stuff Cycling in the Alps was self-published by Wright, a stalwart of the Rough-Stuff Fellowship, but sold out and originals are now hard to find.

The re-print will include the full text of the original, as well as the photos, but will be professionally designed and with much new information added.

Leonard believes the book has added resonance today because of the popularity of "bikepacking", gravel riding, and, of course, mountain biking.

"More and more of us are choosing to head off the beaten track with our bikes. Adventure touring, gravel biking, bikepacking – whatever you call it, we all want to get out there. The Alps are one of cycling’s ultimate playgrounds, and this guide is an invaluable resource of practical information about cycling in some of the most remote and beautiful places in Europe," he said.

The 2002 book "preserved the collective wisdom of generations of riders who pioneered riding the ‘rough stuff’ – riders who headed into the high peaks armed only with touring bikes and canvas rucksacks, sandals and floppy hats, crossing mountain ranges and joining up towns and famous cols on little-known gravel tracks, dirt trails and even icy climbs."

Rough Stuff Cycling in the Alps will be the third Isola Press book. It will be designed by cyclist and map geek Andy Edwards. Leonard worked with Edwards on the Rapha City Cycling Europe guides for Thames & Hudson.

The original book contained nearly 300 routes, ranging from easy unsurfaced roads at little more than 1000m to steep footpaths above 3000m, and from the southern French Alps to Switzerland, the Dolomites and the Austrian Tirol.

The Kickstarter campaign has another 30 days to run, with a £1 pledge giving backers information on how to stock the book.