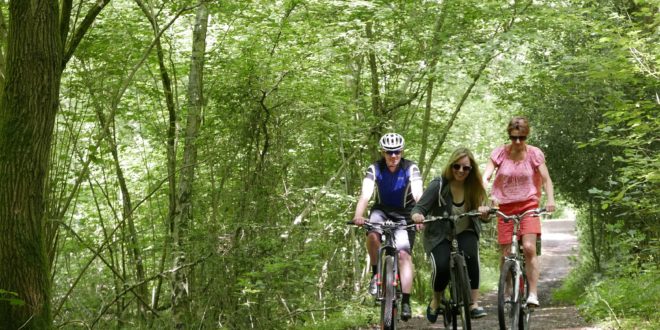 Cycling UK is calling for the government to make improvements to the public’s access to the countryside an integral part of its strategic ambitions for post-Brexit agricultural funding.

The call, made in Cycling UK’s vision document ‘Beyond the Green Belt,’ outlines the charity’s view that making the UK’s countryside more accessible to the public is a public good.

Cycling UK believes there is an opportunity to use post-Brexit agricultural funding for landowners to achieve this. The Environment Secretary, Michael Gove MP, announced similar plans in his speech to the Oxford Farming Conference in January, where he outlined plans to replace EU subsidies with a new system that pays farmers to improve ‘public access’ to their land.

Following its report into off-road cycling, Rides of Way, which found visitors listed high quality sign posting as a priority, Cycling UK is suggesting funding should be provided to landowners to create way marked multi-user trails, particularly on disused railways.

There is the opportunity to use funding to improve access along the urban fringe into the countryside, says the charity, which it believes would benefit walkers, cyclists and horse riders. These improvements would also assist rural communities that could use the new off-road networks to access schools and shopping centres in local towns, without having to rely on public transport or private vehicles.

In England and Wales, cyclists and horse riders are denied access to 80 per cent of the rights of way network, a situation that Cycling UK believes if changed would attract more people to enjoy the countryside, and spend more in rural communities.

Cycling UK’s chief executive Paul Tuohy said: “Cycling UK wants cycling in the countryside to be a safer and more convenient activity than it already is. It’s relatively simple to achieve this, and the benefits won’t just be for the visitors coming by foot, hoof or wheel but also the wider rural community.

“The Environment Secretary has stated ‘public access is a public good’ and I believe our vision of Beyond the Green Belt can help him maximise the opportunities for everyone.

“Let’s be bold and look to create more signposted trails accessible for all countryside lovers, like the South Downs Way. The Government thought big for HS2 – let’s do the same for access and create routes, short and long distance, which will allow more people to leave their cars and enjoy the great British outdoors.”