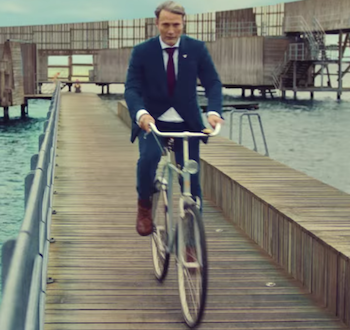 Is this the best bicycling beer ad in the world? Probably not

The 60-second ad was produced by the Fold7 agency.

"Many say we Danes are one of the world’s happiest nations," states the ad. "So what’s our secret?" Well, it’s not the beer, because that’s brewed in the UK. Must be the bikes, then.

While it’s great to see practical, everyday cycling used in a TV ad, this is not the world’s best ever ad featuring beer and a cyclist. That would have to be "Alternative Fuels”, a TV ad for Miller Lite produced by Errol Morris in 2003.