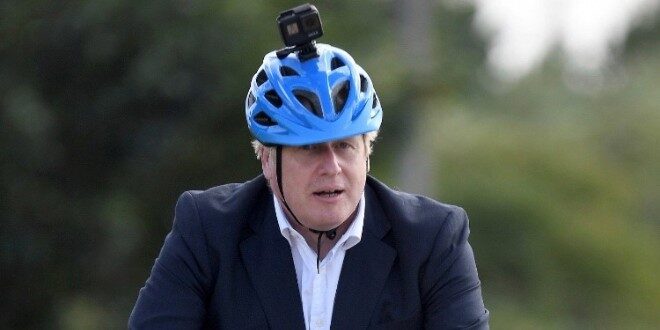 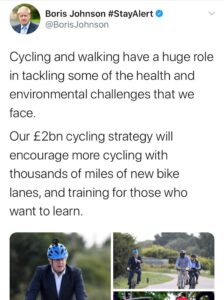 Manchester bike brand Insync Bikes is “delighted” to have seen Prime Minister Boris Johnson saddling up on one of its bikes as he launched the Government’s £2 billion cycling and walking strategy.

Johnson rode through Nottingham on a Viking Pro bike, part of Insync’s Viking range, which is designed in Manchester and made in India by parent company Hero Cycles.

The bike, priced at around £1,000, was supplied to the PM by one of Insync’s independent bike dealers, Bike Lounge in Nottingham.

Pankaj M Munjal, chairman and managing director of Hero Motors Company, said: “Insync is delighted that the Prime Minister rode one of our Viking bikes after announcing what will be a landmark moment for cycling in the UK.

“We strongly back all the measures announced in today’s strategy, a move we hope will see many more thousands of people taking to the roads on two wheels.

“Providing safer cycle routes, funding towards e-bikes and a bike repairs scheme will encourage even more riders to return to cycling or take it up for the first time, building on the stand-out success the industry has seen during the pandemic.

“The decision to allow GPs to prescribe cycling to combat obesity will add further to improving the health of the nation and creating what will be a game-changing moment for cycling.”