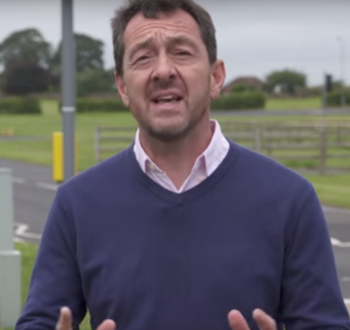 Influential annual cycle conference to be staged in Manchester in 2018

Manchester is on a roll – the city’s new protected cycleways recently chalked up a millionth journey, and, in July, Chris Boardman was unveiled as the region’s cycling and walking commissioner. Now, in a further boost to the city’s cycling plans, Manchester will host a major cycle planning conference.

Cycle City Active Manchester 2018 will be held in June, the sixth annual staging for the conference. The first was held in Birmingham in 2013. In the following years it went to Leeds, Newcastle and then Leicester. Last year it was staged in Bradford. The 2018 event is sponsored by Transport for Greater Manchester, the first time it has been hosted by a transport body (It has hitherto been hosted by city councils).

"It is the one must-attend conference and exhibition for anyone working in the cycle planning and policy field," said a company statement.

The Bradford event was sponsored by AECOM, Sustrans, Nextbike and the Department for Transport. It hosted 91 expert speakers and attracted 380 delegates.