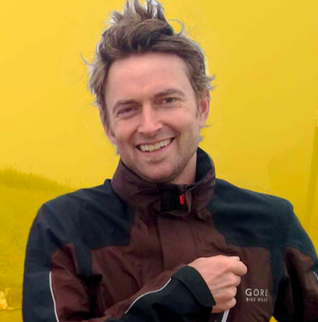 In conversation with Stefan Reisinger, head of Eurobike

Hayley E. Ferguson speaks with Stefan Reisinger, head of Eurobike, about what to expect at this year’s show

What do you expect the turnout to be like this year? We are looking forward to another exciting Eurobike with strong players from all over the world, lots of innovations and important industry get-togethers. The bicycle market is still in good shape: According to the latest figures from Germany’s bicycle industry association ZIV, bicycle sales in Germany rose by seven per cent in 2016 to €2.6billion. For Eurobike 2017, this means a full house again, with 1,350 exhibitors.

What changes can we expect to the show? Something that stands out this year is the fact that, as a natural result of the e-boom in the bicycle industry, more and more companies from other industries are discovering the bike. Sometimes, startups become established, experienced exhibitors at Eurobike after just a few years. After all, the flagship trade show is a platform for both new and well-established companies. We are very pleased that the Eurobike is drawing so many young players in the market. Many trends and brands that have shaped the market in the last few decades came into their own at Eurobike, and this year, more than 100 companies will once again exhibit at Eurobike for the first time, including many interesting startups.

Why are you cutting out the consumer next year? We have decided to focus Eurobike solely on industry visitors as of 2018, with the earlier dates too. A strong majority of exhibitors and retailers wanted an exclusive focus on the trade exchange. The stand construction, its layout and communication objectives will also be designed for this exclusive approach to the trade. As a service provider to the industry, we have to meet this requirement in order to consolidate the status of Eurobike as a world trade fair.

And why have the new dates been set for July? The majority of major market players are convinced that a September trade show is too late for their business timetable. New bikes and components are already available or have been covered by other events and media. The situation is clear: Eurobike should be the main event where all relevant brands first present their innovations to industry, retail and media representatives. We are, however, aware that this might prove a challenge for certain companies; we’re creating the conditions for the industry to present itself in a more unified fashion at the Eurobike show in future. As such, we continue to provide the right platform to encourage synergies for industry, retail and the media.

Have you planned any events to mark the final year of Eurobike in this format? Since our adjustments will strengthen Eurobike’s position as an innovation driver for the international bicycle industry, there is no need to plan events of this kind. But we will be celebrating the invention of the bicycle, whose 200th anniversary is this year.

What market innovations stood out in particular to you last year? I’m amazed by the electric developments made in the bicycle industry over the last two decades. And it’s still in full swing and topics such as digitalisation, connectivity, and big data are increasingly becoming the focus of all industry stakeholders. But I’m also happy to see that there is lots of cool stuff happening in the sports segment.