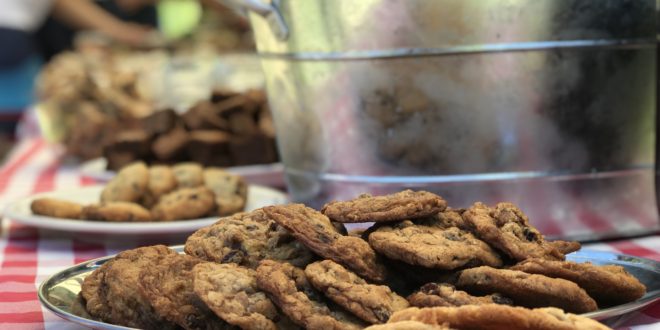 In June 2009, to fill a yawning gap, Lance Camisasca, the former organiser of Interbike, launched PressCamp in Sun Valley, Idaho. This was an intimate schmoozefest between 20 or so brands and roughly the same number of journalists. New bikes and kit were shown to bike scribes in the three mornings of the event, with afternoons set aside for riding. For the 2010 event PressCamp moved to Deer Valley, Utah, and continued to be staged in this ski resort until last year when the event was folded by new owners ECRM. (BikeBiz attended every one of the PressCamp events.)

One of the early investors in the PressCamp business was industry veteran Scott Montgomery, son of the founder of Cannondale, and a long-time CEO of brands such as Scott USA and Reynolds Cycling. Montgomery moved to Ketchum, Idaho, when he joined Scott. (Before it branched into bikes and later became Swiss-owned, Scott USA was a ski-pole brand, founded in Ketchum.) And it was in Ketchum that Montgomery based his consultancy business, CrankTank, that he now runs with fellow industry veteran Adrian Montgomery.

When PressCamp folded, Montgomery and Montgomery decided to found a similar event of their own, and Impact Media Summit was born. It was staged in June this year in Sun Valley, the upscale ski resort less than two miles from Ketchum.

The Impact Media Summit was billed as a "platform for brands to communicate directly with media editors in an experiential, ride focused event," said CrankTank’s Lars-Erik Johnson (who worked with the Montgomery pair – they are not related – at Scott USA).

He added that Impact would be the "only bike industry-facing event on the calendar to prioritise using products first-hand to form impressions, inspire conversation and inform editorial."

Johnson stressed that Sun Valley boasts hundreds of miles of singletrack where it’s legal to ride e-mountain bikes, and the event duly attracted Specialized and BMC to launch their e-rigs.

"Idaho has more gravel roads than paved providing excellent proving grounds for the ever-growing range of all-terrain road bikes," said Johnson. This attracted Turner Suspension Bicycles and Moots, both of whom got editors on their new gravel bikes.

Ketchum is also generally bike friendly, and with plenty of tarmac roads, so that attracted Orbea, which launched its new Gain carbon e-road bike at the event.

The riding is what Impact Media Summit was all about – that is, after some presentations over breakfast. At 10am, the editors were loaded on to shuttles to start the riding for the day. Day one was riding BMC and Brose-equipped Specialized electric mountain bikes on the famous Greenhorn-Imperial trail (it’s one of Idaho’s many world-class trails that’s open to e-bikes) and taking the new Specialized Stumpjumper down the resort’s new flow trail on Bald Mountain.

After ascending in a gondola and then linking Saddle Up, the new Mindbender and the River Run Trail riders can experience a 9.5 mile downhill, the longest in the US.

Day two was a ten-mile gravel ride on bikes from Turner and Moots to the Galena Lodge for lunch and then riding on the Galena Summer Trails on Stumpjumpers and BMC’s Speedfox and Agonist MTBs. (There’s a 47-mile network of trails north of the lodge.)

Some of the brands present at Impact were CrankTank clients, others came along for the ride. CrankTank plans on making the event an annual fixture, earlier than both Eurobike and Interbike and a useful primer for both.

The editor’s bikes were shod with Maxxis tyres on wheels from the carbon wheel-brand Reynolds. Editors were supplied with MTB riding kits from 7Mesh and road riding gear from Wattie Ink. Shoes were supplied by FiveTen, and tech socks from Swiftwick, which makes in the USA. The editor’s heads and eyes were protected with helmets and sportswear from Rudy Project. Skin was protected with sunscreen and lipbalm from Beyond Coastal. Lubing was covered by Squirt Lubes. Hydration – which is key in high west desert conditions – was sorted with packs from Dakine. The summit’s beer sponsor (media summits have to have beer sponsors) was local craft brewery Sawtooth brew pub. Energy bars were supplied by Redd Bar – and breakfasts and beds by Ketchum’s brand new Limelight Hotel.

Maxxis’ US brand manger Aaron Chamberlain had the unenviable task of equipping all of the bikes at Impact with Maxxis tyres and tubes. Then again, after that task was done he was free to ride the trails with the editors (and he even pulled a gravel-bike skid for me without me having to ask).

The new Rekon Race semi-slick 29er XC tyre was shown to editors for the first time at Impact. This is the lowest profile tyre in the Maxxis XC line-up. Chamberlain said he expects the Rekon Race to be used primarily as a rear tyre, with riders pairing it with an Ikon Aspen on the front. The tyre’s tread pattern is a slimmed back version of the one used on the existing Rekon+ 27.5×2.8in plus tyre, with more side knobs for cornering. All of the knobs are siped to give more surface-area and hence traction. The Rekon Race EXO has beefy sidewalls and weigh in at 670g, with the pure Rekon Race at 610g.

British Columbia bike clothing brand 7Mesh was at Impact to get editors in its MTB tops and Enduro baggies.

Founded in 2013 by former Arc’yteryx president Tyler Jordan the brand has two riders in mind: the kind who rides for up to seven hours, and who could sell what weather might lay ahead and dress accordingly; or the seven day rider who needs more flexible capable kit.

Former Arc’yteryx designer Ian Martin has been with 7Mesh from the start and is a font of knowledge on fabrics and their properties, explainingg to the editors in a presentation that Lycra holds water which is why it can feel cold to the touch and, in the outdoor comfort stakes, isn’t a performance fabric

7mesh is based in the outdoor town of Squamish, downhill from Whistler – the name derives from the First Nation word Sḵwx̱wú7mesh.

Basque bike brand Orbea launched a carbon version of its Gain electric road bike at Impact. The aluminium version of the bike was launched last year and is now joined by a lighter model. The new carbon Gain weighs 11.3 kg (24.9lbs).

Brand manager Jon Gantxegi said the carbon Gain looks and rides like a standard bike – albeit one with clearance for up to 40C tyres – and he preferred to call it an "assisted" bicycle rather than an e-bike. (Confusingly, he also called the Gain a "hybrid".)

Thanks to the Gain’s rear-hub motor I was able to climb uphill – standing on the pedals, out of the saddle – faster and with less effort than usual. (However, the hill climb still hurt.)

The bike’s control button – which turns the assistance on and off, and can be toggled between modes – is on the top tube and features green and red LED lighting. The integrated battery is recharged from a port at the base of the seat tube. To most observers the Gain looks like a standard road bike – the only give-away is the larger-than-usual rear hub, although, from one side, this is hidden by the disc rotor and cassette. The motor is from Spanish automobile company EV Motion – and a one-year exclusivity deal ends soon.

For longer rides, there’s a spare battery that fits in a bottle cage.

A smartphone and smartwatch compatible app enables ride tracking, activity and GPS route uploading and other Gain-specific functionality. The bike has a range of about 70 miles.

Editors testing the bikes on the hilly roads around Kethchum were followed by a Mavic neutral-service car. This was to highlight that Orbea has teamed with Mavic for 32-spoke e-bike wheels. The high end Gains will use the e-bike version of the carbon Cosmic Pro while the slightly cheaper bikes will use the aluminium Aksium wheel set.

But the main BMC launch at Impact was the carbon e-version of the Trailfox, the AMP, as in "amplified." This has bigger suspension pivots to compensate for the extra load and torque of e-MTBing. Pedal assist is from a Shimano E-8000 mid-motor unit integrated into the "Twin Hollow-core" downtube. A speed sensor is hidden in the rearstay and disc.

These made-in-America socks are surprisingly loaded with tech, from the use of moisture wicking fabrics in different needle weights, and compression panels in different strengths depending on the style. There are channels for ventilation is some panels, contoured heel pockets and seamless toes. The socks also come in five cuff heights, with short cuffs for runners and longer ones for cyclists.

David Turner and Christina Probert-Turner had journalists on the new titanium version of the brand’s Cyclosys bike. "Don’t call it a gravel bike," cautioned Turner. Equipped with two or three different sets of wheels/tyres (28 to 38mm) and it becomes much more versatile than gravel alone. The frame takes flat-mount disc brakes, has 142×12 thru-axles, and sports a press-fit bottom bracket.

The ImpactX 2 Black Photochromic lenses on the Tralyx glasses respond superfast to changing light conditions and provide a wide range of light transmission (9% to 74%). The lenses are claimed to be unbreakable and guaranteed for life.