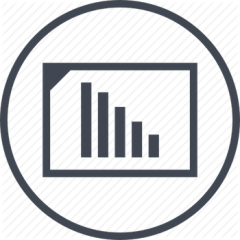 Bike retail is perhaps more resilient than many other retail sectors – for one thing it’s a passion business – but, nevertheless, sluggish demand, sales disappearing online, rising operating costs, higher inflation and other pressures are leading to increasing pessimism among cycle retailers.

Maurice Burton, ex-racer and owner of De Ver Cycles of Streatham in London, told BikeBiz: "It’s hard [out there], and it’s going to get harder."

Like many bike-shop operators, he owns the freehold on his property. "If I had to pay rent, I’d be gone," he reported.

Retailers in other sectors are also feeling the pinch. According to a survey just published by the Federation of Small Businesses, 14 percent of small businesses are expecting to cease trading soon, or scale back significantly. "Pessimism among small firms is particularly pronounced in retail," said a FSB statement announcing the survey. "Businesses report significantly lower levels of confidence compared to Q4 2016."

75 percent of small businesses reported rising operating costs in 2017, said FSB, and 41 percent of those surveyed reported profit falls. Nearly a third of companies expect their performance to continue to dip.

Citing Brexit, FSB chairman Mike Cherry said: “While the swift agreement of a transitional arrangement and an ambitious free trade agreement with the EU are absolutely critical, it’s spiralling costs, weak growth and flagging consumer demand at home that are front of mind for small firms day to day.”

That small retailers of other stripes are also suffering is of little comfort to bike shops, but they also have to contend with static – or, in some cases, declining – levels of cycle use.

As BikeBiz reported in October last year, the cycle market appears to be shrinking. It’s entirely possible that Brits will have bought one million fewer bikes in 2017, a market contraction of perhaps a third. (It could also be a statistical correction of historic HMRC import figres, with the likely sales total of 2.5m bikes sold in 2017 being closer to actual annual sales over the last few years, with 3.5m being an over-estimate.) Total employment across the industry is also down. According to a March 2017 report done by the SQW consultancy for the Bicycle Association, there were 12,400 people employed by cycle suppliers and retailers in 2016, down from 15,000 in 2011 – it’s probable that the final figures for 2017 will be even lower.

The SQW report said that the “bicycle industry faces challenges arising from general market conditions characterised by slowing consumer demand and overall increases in the cost of imported goods. With declining cycling levels, this makes more difficult the task of persuading those who do not own or ride a bicycle that cycling could be for them.”

The report added that the “bicycle industry faces a present danger with fewer children and young people owning a bicycle and cycling today than a decade ago.” (To arrest this decline the Bicycle Association has long championed promoting cycling to children, and later this year the industry organisation will unveil a new strategy to get more Brits on bikes, including an increased focus on support for cycle advocacy.)

Also in October, BikeBiz reported that bike shop numbers are in decline. It’s hard to calculate exactly because there is no settled definition of what constitutes a bike shop and therefore how many “quality” cycle retailers there may be, but, roughly, for every ten bike shops that closed in 2017 only three have taken their place. This was gleaned from studying archive issues of the long defunct Cycle Trader – the BikeBiz analysis revealed the worst bike shop refresh rate since the 1960s when bicycle sales collapsed and when hundreds of Britain’s bike shops closed or moved into different sectors.

The slack demand for bicycles is global. The Dutch and German markets are also down, and in November, John Burke, CEO of the US bicycle brand Trek, said that if retailers weren’t down by at least 3.5 percent they were bucking the trend. He sent a video to the company’s US dealers confirming that demand for bikes was soft, but that he was confident that sales would rise again because of health reasons, trail building and e-bikes.

Indeed, not all is doom and gloom. Made-in-Britain bike builders Pashley and Brompton (both of which own flagship cycle stores) are thriving, and some cycle retailers have told BikeBiz they’ve had a better-than-expected start to the year; not stellar, but not dire, either.

Share
Previous The Bike Expo is now cancelled
Next Fancy a folding e-bike for a tenner?