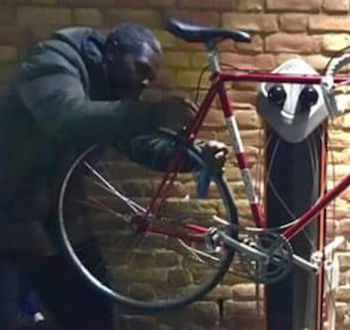 When Maxwell Emmanuel was diagnosed with bladder cancer last year it’s said that he lost his job as a Halfords bike mechanic, and he subsequently became homeless. However, he is now back fixing bikes from a public bike tool stand outside Liverpool Street station. His tale, and his desire to work, have been highlighted on a touching Facebook posting.

"It was evident that Maxwell wants to be working for his money, however no one is willing to give him an opportunity due to the fact he is homeless," wrote Chhokar, who also operates a charity supporting homeless people.

"He could not work during the period of having his bladder removed and going through chemotherapy treatment, so he lost his job. Subsequently, Maxwell had no income to pay his rent and once he actually beat cancer, there was no other choice for him but to live on the streets.

"A hardworking man who wants to earn a living has been dealt a difficult hand, however all he needs is the support and belief to get his life back on track. Our aim is to get Maxwell into permanent accommodation as well as getting the word around that he is eager to offer his skills in exchange for a fair price."

Chhokar added: "Maxwell is outside Liverpool street station between 3pm – 8pm every day and he is more than happy to help anyone with a bike issue, so spread the message to anyone you know who would benefit from his expertise.

"There are a lot of homeless people out in London who could do with a little human interaction – it only takes a couple of minutes out of your day to stop and talk with a homeless individual. You really don’t know what surprises might pop out of this conversation and how you may be able to eventually support them."

The Liverpool Street tool stand is the Deluxe Repair Station by Cyclehoop of London. 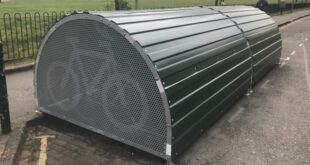 Roll out of cycle parking across Edinburgh to be boosted with additional 1,200 spaces 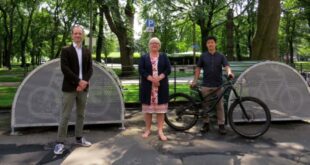 1,080 Bikehangar parking spaces to be installed in Edinburgh 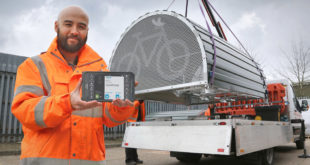