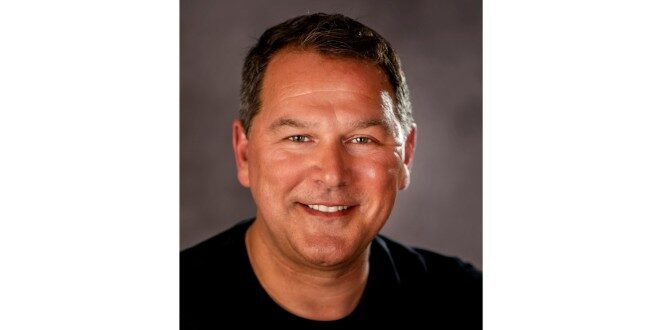 Weiss, 53, joins Hero International from Madison-based Saris Cycling having worked in the bike industry for 20 years in senior roles including at Trek and Dorel Sports. He said he is ‘enormously excited’ to join Hero International at a time when the company is looking to expand across Europe.

“I’ve known Hero for many years and they have always been impressed with their dominance in India,” he said. “But what really attracts me to join the team now is the vision to grow outside of India, especially in Europe for the first time twinned with disrupting the Far East bike making market.

“Hero’s plans to build “Cycle Valley” in India is a serious game changer providing an alternative location for the large-scale production of bikes for the European market. I have been very impressed by Mr Munjal and the team’s ambition to grow Hero International’s organic sales to €300 million by 2026 in Europe.”

Weiss said he will be moving to the new Hero International HQ in London from America. He said he is looking forward to supporting the operations of both Hero’s European brands, the UK-based Insync Bikes in Manchester and Berlin headquartered HNF Nicolai, which was acquired by Hero in January 2020.

“I’m joining at a time when both Insync and HNF are both flourishing with Insync seeing retail sales triple in 2020 and HNF reporting 100pc growth in 2020,” he said. “The key is now to plan how to maintain the interest in cycling which is still riding high following the pandemic. Part of that will be having a strong presence in the affordable bike market and forging closer relationships with key partners in both the IBD and commercial accounts. We have to continue listening to these customers, have a proactive attitude and make sure we give them a great experience.

“In addition, clearly a major part of the future is e-bikes with sales expected to reach around 30 million in Europe by 2030. We think Hero can become a market leader in this segment making high-quality e-bikes fusing HNF’s engineering and design expertise with Hero’s manufacturing capability. The first HNF branded bike built in India has landed on European shores. This is a big moment for the company and will demonstrate its ability to disrupt the market in Europe.”

HMC Group chairman and managing director Pankaj Munjal has welcomed Weiss to the team. He said: “Hero International is on an upward trajectory in Europe and we are delighted to see someone of Jeff’s calibre join our team and drive that growth harder. Jeff’s sales and marketing background will be important as we look to gain a stronger foothold in the market.

“Our new 100-acre Cycle Valley in Ludhiana, in India’s Punjab region is central to our future in all markets especially Europe. Jeff will play a key role in promoting this to our partners across Europe. We have to raise awareness of valley as it will be the biggest and most advanced bike making centre in the world with the ability to add four million units to the existing six million units we make each year.”

Munjal said both Hero International companies, Insync and HNF, have a common unique value proposition. “Where most of our competitors are struggling with supplies, the partnership with HMC allows uninterrupted supplies for bikes and e-bikes even in this high demand period,” he said. “Since HMC is also setting up up component manufacturing in-house, the dependence on external component suppliers will be reduced.”

Insync Bikes sold more than 50,000 bikes in retail in the year to November 2020, a 200% increase. Insync reported that sales from IBDs contributed significantly to the growth. It increased its network of shops from 300 to 385 during the year and is now aiming to grow its IBD network to 600.