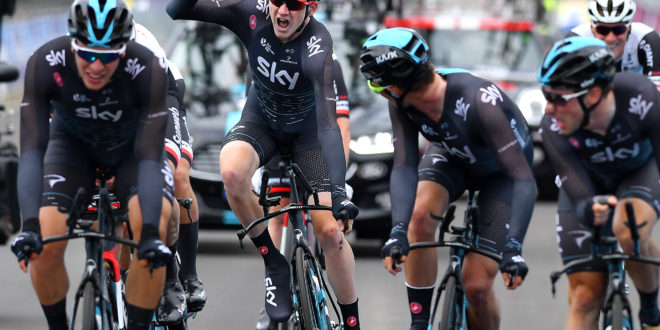 Hammer Series to be streamed online

All three races in the Hammer Series taking place this year will be streamed live on social media, with Facebook, Twitter and DailyMotion amongst the first platforms announced.

Organisers of the series Velon and Infront have also confirmed that fans will be able to view the races on a myriad of mobile and desktop devices free of charge.

Velon CEO Graham Bartlett commented: "In everything we do, we want to bring more of the race excitement to the fans; for them to get more of the action. We’re delighted to announce all of the races for the series will be seen live everywhere because Hammer is about the fans and delivering the very best action to them is our goal."

Director of summer sportsat InfrontMark Buttermannsaid: "After a very successful digital-all approach for the inaugural race in 2017; being able to live stream all three races of the Hammer Series in 2018 across the leading social platforms represents a major milestone for us and perfectly reflects the digital essence of Infront’s and Velon’s project.

“This will enable Hammer Series to engage with even more fans and provide them with live thrilling content and data for free on any device, anywhere and at any time."