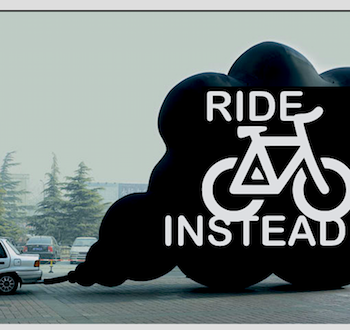 The government is proposing to introduce pollution-related speed limits on the M1 motorway in order to reduce the amount of air-borne toxins released by motor vehicles. "This is incredibly signicant," AA president Edmund King told today’s Sunday Times. "It shows that air quality is now a major issue."

The new speed limits will be introduced by Highways England on the M1 near Sheffield in March, reported the newspaper. The stretch of "smart motorway" in question passes close to two schools.

"There are too many residents breathing filthy air," the MP for Sheffield, Clive Betts, told the Sunday Times.

There are many ways to combat air pollution emitted by motor vehicles, including encouraging public transport, legislating for road pricing, and, in cities, promoting active travel, such as walking and cycling. To date, the government has offered little in the way of funding to get people out of cars, preferring instead to subsidise electric vehicles, which in a largely coal-powered economy merely pushes emissions elsewhere it doesn’t eradicate them.

The Department for Transport will be releasing its Cycling and Walking Investment Strategy soon. It is not expected to have any cash commitments other than the lacklustre ones announced last year.

At some point the government will get serious about tackling transport-related air pollution. That time looks a long way off.