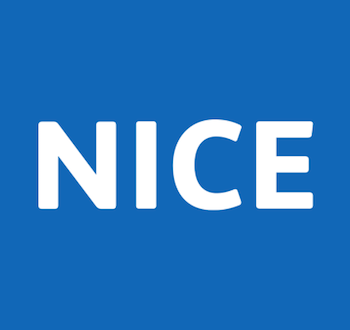 Britain’s health watchdog NICE has issued air-pollution guidance, urging local authorities to introduce cycleways as well as measures that will make motorists drive slower and more smoothly. However, much of the mainstream media thinks the advice from the National Institute for Health and Care Excellence is an attack on motoring.

The NICE guidance – now out for consultation and not due to be published until June 2017 – sets out a strategic range of evidence-based practical measures to encourage low or zero emissions transport, including encouraging employers to incentivise their staff to cycle to work. NICE also recommends that local authorities should provide more cycleways, but suggests that these should be sited away from highly polluted roads on "off-road routes or quiet streets." This would rather negate their usefulness for most cyclists – with many cycle advocates now preferring cycleways beside main roads, but with cyclists protected by kerbs. NICE also recommends that cycleways should be screened with foliage to reduce cyclists’ exposure to air pollution. Where busy roads are used NICE says that local authorities should consider "providing as much space as possible between the cyclist and motorised vehicles."

However, much of the mainstream media has ignored NICE’s guidance on providing for cyclists, and has fixated instead on the advice on speed bumps. The Daily Telegraph’s front cover says NICE wants local authorities to "axe speed bumps". (It doesn’t: it suggests "Where physical measures are needed to reduce speed, such as humps and bumps, ensure they are designed to minimise sharp decelerations and consequent accelerations." It also says that "evidence on traffic-calming measures such as speed bumps suggested that these may increase emissions by adding to decelerations and accelerations" but that "evidence from area-wide schemes does not show increases. So where physical measures are needed to reduce road injuries they should be designed to minimise their impact on air pollution. The evidence was weak so this was a ‘consider’ recommendation.”)

NICE – billed as "Nanny Nice" by the Daily Mail – suggests that local authorities should introduce measures to make motorists drive more slowly and with fewer bursts of acceleration. This would "help reduce harmful air pollution linked to 25,000 deaths a year," says NICE.

NICE is also calling on businesses and transport services to educate their transport staff in more efficient smooth driving skills, and turning engines off when at standstill.

“The NICE guidance sets out a strategic range of evidence based practical measures to encourage low or zero emissions transport. This is very timely given the imperative to meet EU and national air quality standards.”

Dr Jill Meara, acting director of PHE’s centre for radiation, chemical and environmental hazards, said: “As well as reducing the adverse impact of air pollution on health, the advice will help to improve people’s wellbeing by encouraging exercise, and mitigating against climate change by reducing carbon emissions.”

Professor Mark Baker, director of the centre for guidelines at NICE said: “The battle against air pollution has to be one we are all fully committed to.

“This draft guidance seeks to redesign how we work and live in cities. When finalised, its recommendations will ensure that everyone who has the power to make the changes required can be confident in the action they are taking.”

The NICE draft guidelines urge a "shift to active transport, like walking or cycling" because this will "lead to potentially substantial health benefits."

The NICE guidance also suggests that more 20mph zones should be introduced and that transport bodies should "consider using variable speed limits and average speed technology on the roadside to promote a smoother driving style" and "incorporate real-time information to tell drivers what the current optimum driving speed is."

NICE also recommends more congestion-charging zones plus a change to Britain’s land-use patterns – urging the siting of "new buildings and estates so that the need for motorised travel is minimised" – and suggests local authorities could raise public awareness to air pollution by staging "car-free days". (BikeBiz recommends Sunday through to the following Saturday.)