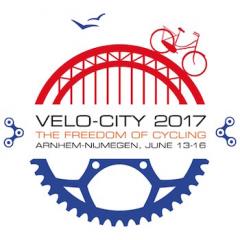 Gazelle’s Innovation and Production Centre in Dieren is to open its doors to delegates at the Velo-City conference to he held in the Netherlands in June 2017. The factory and innovation centre opened in September 2015, and features innovations in e-bike technology, marketing, design and production methods.

Velo-City is to be staged in the cities of Arnhem and Nijmegen, and will attract nearly 1000 delegates.

Companies wishing to exhibit at the four-day conference had better hurry – half of the exhibition space has already been booked. At the 2015 Velo-City in Nantes many of the exhibitors were bike share companies (audio interviews from the conference are on the Spokesmen podcast).

Straight after Velo-city the Urban Cycling Institute of the University of Amsterdam will stage its third annual Planning the Cycling City Summer School. This three-week, intensive summer programme is directed by Professor Marco te Brömmelstroet and Copenhagenize’s Meredith Glaser.