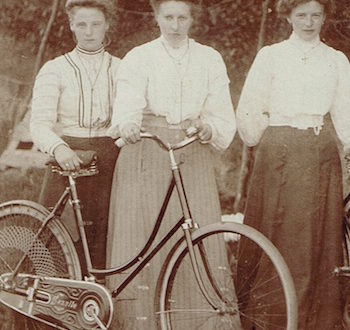 Gazelle of the Netherlands celebrates 125 years of being in business

Gazelle officially started celebrating its 125th anniversary yesterday. The company was founded in 1892 by Willem Kolling, although the name Gazelle wasn’t used until 1900. The Dutch brand’s first electric bike was built in 1932 (electric bicycles tricycles have been available since the 1880s).

While Gazelle is famous for its robust "Dutch bikes" the world-famous omafiets are, in fact, of English origin.

Most of the features of the ‘Dutch bike’ can be seen in the women-specific English roadsters of the late 1890s, with skirt-protectors, mudguards, sweeping frames and tall handlebar stems. History of design professor Timo de Rijk says, in De Nederlandse Fiets by Zahid Sardar, “the familiar black city bike is not of Dutch origin: the basic Dutch fiets is nothing more than a perfected British ‘safety bike’.”