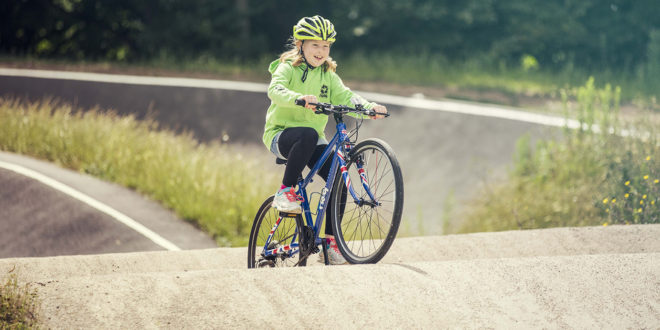 Frog Bikes has so far had a winning year, having expanded its operations in the US and had a visit from the US ambassador. Not bad for a children’s bike brand founded only five years ago.

Frog’s most recent accolade was receiving the Queen’s Award for Enterprise at a ceremony held at its offices in Ascot, Berkshire. The award is a reflection of the rapid growth in exports that the young company has achieved in recent years. Lord Lieutenant of Berkshire James Puxley presented a glass bowl to the team before local Cadet Jade Honke read out the Royal declaration.

This is just the latest in a string of accolades for Frog. It took home a Red Dot Design Award earlier this year and was also crowned Manufacturer of the Year in the under £25 million category for its factory in South Wales. Frog now exports its bikes to more than 40 countries worldwide, selling only via independent bike shops. It is this export prowess that piqued the interest of those deciding the Queen’s Award for Enterprise for International Trade.

The family-run company was set up in 2013 by Jerry and Shelley Lawson and now employs 50 people. “To win a Queen’s Award is absolutely fantastic for a business of our size,” says Shelley. “Despite recent uncertainty in the UK’s trading position, we export an increasing number of bicycles each year and are determined to continue our export growth. We have seen a surge in demand in US markets and throughout Europe in recent months.”

Now in its 52nd year, the Queen’s Awards for Enterprise enable winning businesses to use the Queen’s Awards emblem for the next five years. Shelley continues: “We are so proud of what our team has achieved in such a short time, introducing a new brand into a mature market, and it’s exciting to be recognised for our successes. We’re very pleased to assemble our bikes in Wales using a skilled local workforce, and many of our customers around the world value the fact that we are a British brand which builds bikes locally.”

Frog’s Red Dot Design Award was presented to the brand after a rigorous evaluation spanning several days. The panel of experts awards the internationally recognised seal of quality only to products that “win them over with their high design quality”. Jerry says: “We put scientific research at the forefront of our bike designs to ensure they are built optimally for smaller riders. We combine cutting-edge research from Brunel University with British design and manufacturing, to create jobs in the UK and export our bikes globally.”

He continues: “Our range is designed with the child in mind: lighter frames, shorter cranks and finely-tuned forks are just some of the changes we have made to the geometry to ensure that cycling is a positive experience for younger riders.”

In 2016, with support from the US Commercial Service in London, Frog Bikes opened up offices in Ocean, New Jersey as well as Alberta, Canada, from which it jointly runs its US operations. And earlier this year, the Frog bicycle factory in Wales hosted a visit from US Ambassador to the UK Woody Johnson. He was keen to see first-hand how Frog Bikes assembles the bikes, and he chatted to the team who work on the assembly line.

At the time, Shelley said: “As a relatively young company, it was daunting to consider entering such a vast market as the US, but the US Commercial Service gave us invaluable support, especially in the early months. They introduced us to a lot of experts and specialist sources of information, guiding us through the operational, legal and financial processes establishing ourselves in the US.”

Frog has 160 bike dealers throughout the US and Canada. In spring, it announced a three-year partnership with USA Cycling to be the official kids’ bike of the US national cycling organisation. The relationship allows the two organisations to achieve the shared goal of “make biking more accessible to young people”. 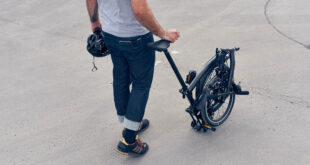 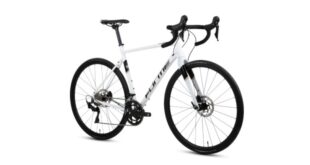 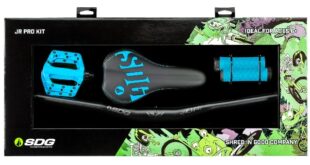 BikeBiz’s guide to the latest kids’ bikes and accessories