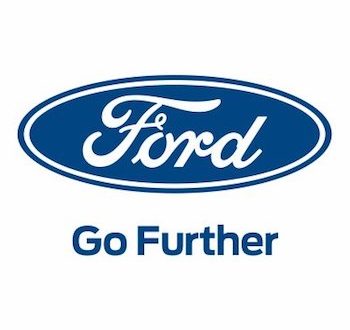 Ford patents a bicycle stability device and other cycle tech

BikeBiz has learned that Ford has been granted a patent on a number of bicycle-related technologies, including a stability device.

A patent filing from Ford Global Technologies, which manages and commercialises patents and copyrights for Ford Motors, says: "In more densely populated cities where traffic has become heavy, bicycles provide an alternative mode of transportation and are becoming a preferred mode of personal mobility in the urban context."

California-based Ford technologists Jamel Seagrave and Darioush Aghai-yazdi are working on a method to stabilise a two-wheel pedal cycle.

This detects "by a control system installed on a bicycle, an impending occurrence of an event related to the bicycle based at least in part on one or more parameters related to a movement of the bicycle … to prevent the occurrence of the event." In short, the tech aims to keep a wobbling cyclist upright when moving.

The patent was accepted at the beginning of August this year, having been filed in 2015.

Linked patent filings show that Seagraves and colleagues are also working on other bicycle-related technogies, including improved lighting systems, and bike lane detection systems for cars.

In an associated development, Cycling Industry News reports that auto components supplier Bosch is also working on a bicycle stability device, presumably for electric mountain-bikes. The "Method and device for preventing a fall of a bicyclist" patent application contains drawing of stick men not falling off bicycles. “Especially at risk are bicyclists who are riding mountain bikes across open terrain," says the German company which makes e-bike motors.

In January, Ford CEO Mark Fields today told attendees of the North American International Auto Show that his company is about mobility not just selling more cars. In front of a giant screen at Detroit’s Joe Louis Arena the Ford boss said that bikesharing would play a big role in the cities of the future. Behind him an animation showed the city of today and the city of the future – gridlock morphed into free-flowing roads as space was removed from cars and given over to rapid transit, bike lanes, green space, and wider sidewalks.

Fields said there was a "wider range of transport solutions" out there. "Cities around the world facing gridlock and pollution," he added. "We know these cities need a partner to deliver mobility solutions. Ford is deeply committed to being that partner."

If the concept of an auto-stabilised bicycle seems familiar you might be thinking of this April 1st spoof from Google in the Netherlands: