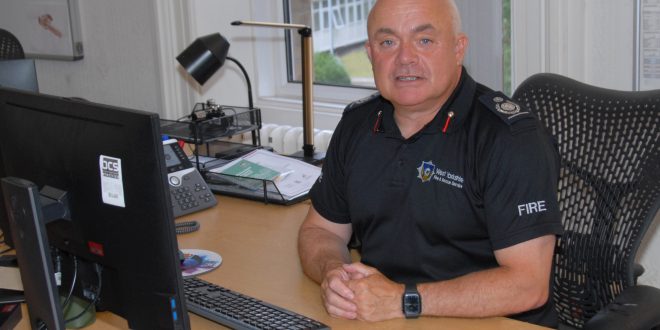 A Yorkshire fire chief has issued an e-bike and e-scooter safety warning after the Christmas period.

Following a number of micromobility-related fires across the UK and West Yorkshire, deputy chief fire officer for West Yorkshire Fire and Rescue Service Dave Walton has urged new e-bike and e-scooter owners to be vigilant about the risk of fires.

Fire safety in micromobility is becoming an increasingly publicised issue, as the growing popularity of electrically-assisted light vehicles has resulted in a number of widely reported fires, believed to have been caused by faulty Lithium-ion batteries used in the machines.

Dave Walton, deputy chief fire officer, said: “E-bikes, e-scooters, and mobility scooters are becoming more and more popular each year. While these vehicles can provide a great way for people to get around, they also come with a number of risks – and one of the biggest dangers posed is the risk of fire due to the lithium batteries.

“Lithium is highly flammable and particularly dangerous because of the battery’s high energy density. Not only do people need to be careful when charging these batteries but they need to be recycled properly and not disposed of with general household waste.”

West Yorkshire Fire and Rescue Service said that a house fire in Harehills, Leeds in December was caused by a lithium e-bike battery that was being charged.

The battery was being charged overnight and crews received the call just after 2am to the fire on the ground floor of the three-storey mid terraced property – two men were taken to hospital with smoke inhalation.

Lithium batteries are of growing concern due to the risk of explosion because of something called a ‘thermal runaway’ where internal temperature of the battery continues to increase making it unstable. Also, there are problems caused by the disposal of lithium ion batteries.

Read more: Police appeal for information after thieves take £19,000 worth of bikes from Staffordshire bike shop

Issues that can spark a lithium fire include damage to the battery, overheating or using incorrect charging cables.