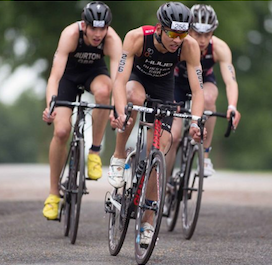 According to the latest statistics released by the Triathlon Industry Association, the UK triathlon industry has grown by 57 per cent since the last Olympics.

The study – which comprised an in-depth quantitative survey of 5,529 triathletes and multiple trade interviews, found that the UK’s growing population of 150,000 triathletes, up seven per cent on 2015, are now spending an average of £2,970 per year on the sport.

The industry is also attracting new enthusiasts; 37 per cent of those questioned clamed to have started their first race in the last three years.

TIA chair Mel Berry said: “For a niche yet constantly evolving sport like ours, this annual study is hugely important; it provides us with a detailed understanding of our community and the trends affecting them, which gives us the vital confidence to make informed decisions, both individually and collectively. I would like to extend a big thank you to all of the 5,529 survey respondents and to the trade representatives who helped fine-tune the report.”