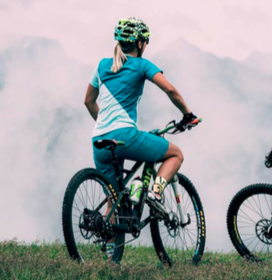 Eurobike’s date switch is welcome, but not without risks

Timing, so they say, is everything. Then again, “they” also say “location, location, location” and nobody has ever claimed that Friedrichshafen is in just the right spot for a bike trade show. It’s darn difficult to get to, even for Germans, but perhaps the new date – and the other refreshes – will keep us sweet? It’s certainly a plunge: the 2018 Eurobike will be a full month before this year’s show. In effect, the new date was forced upon the show organisers. It was move or die, really. (Attendance at the 2016 show was 42,720 trade visitors, down from 45,870 in 2015.)

An early July, “global” trade show makes sense (it also makes sense for a consumer show, but Eurobike has kicked the second day of that element into the long grass). Model year introductions have been getting earlier and earlier, so much so that it often seems that the bike industry is always at least a year ahead of everybody else, and not in a good, margin-protecting way. Eurobike also has to contend with no-show exhibitors who would otherwise be anchor brands; brands which – for now at least – are big enough to do their own house shows, and guarantee attendance from IBDs. Not that IBDs are always terribly happy at having to schlepp all over the place, in peak selling season, to see the latest offerings from their core accounts. Brands may get the undivided attention of IBDs at these events, but it’s a common complaint from IBDs that there are too many house shows.

Eurobike’s move to July 8th in 2018 is, therefore, an attempt to bring at least some of the would-be anchor brands back to the show, making the, er, giant trek to Friedrichshafen a valuable use of an IBD’s specialized time (Boom, tish).

“The large number of in-house shows and Eurobike absentees is damaging,” said German trade association chair Dietmar Knust. The leader of Verband des Deutschen Zweiradhandels (VDZ) added that: “From July through to September, retailers can literally spend the entire time traveling… Few retailers have the time – let alone the personnel – to do this during the season.” It should be noted that some German trade associations, such as ZEG, also stage their own shows.

However, there remain challenges ahead for Eurobike’s organisers, with accommodation being the biggest potential bug-bear. In late-August, early- September it’s already difficult to find bed nights for visitors; in July – peak season for holiday makers splashing around in Lake Constance – it’ll be nigh on impossible. “Heirloom” rooms, usually booked by companies for year after year, won’t be available for the new date.

Eurobike’s move won’t be the last. The Taipei show is moving to an earlier slot, and America’s Interbike is moving to a fresh city but not yet choosing a date in advance Eurobike. (America’s Bike PressCamp, which has been staged in June for the best part of a decade, is now no more, having being cancelled by the current owners.)

Naturally, all of the above could be thrown in air once more if other key brands follow Specialized and switch to a September model-year introduction. Confused? You soon will be.