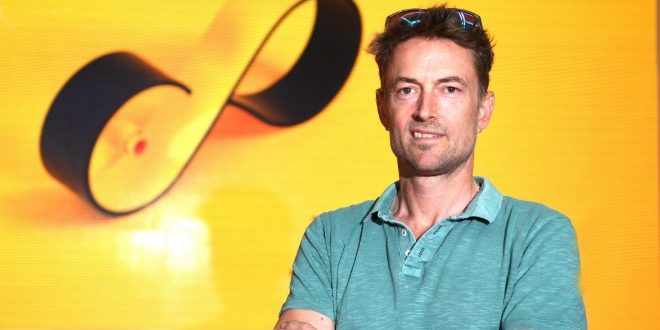 The cycle industry will once again turn its attention to Friedrichshafen as Eurobike commences today, 4th September. James Groves caught up with show head Stefan Reisinger ahead of the 28th annual event

With every passing year, it seems an increasing number of industry folk believe trade shows are coming to an end. Why fly abroad when you can communicate with most of your clients from the comfort of your own office? Why not host or attend in-house events to demonstrate your latest products? And yet every year, tens of thousands of people head to Friedrichshafen to visit one of the biggest weeks in our industry calendar.

Now in its 28th year, Eurobike needs no introduction. 1,400 exhibitors – including approximately 150 debutants – will be showcasing their latest products and innovations for the coming season, both to the trade public and the returning consumers.

Stefan Reisinger, Eurobike head, anticipates another fully-booked show. “We are still receiving enquires, but we’re heading into the final stages of nailing everything down,” he says.

“We’ve reflected this change in the planning of our preshow conference, the Bike Biz Revolution (see box/strip) where people want to focus on what’s happening in the next years to come for the bike business, especially regarding all the changes that our digital world brings.”

A global conundrum
The evolving nature of the cycle market is something that is naturally reflected in Friedrichshafen each year, and in 2019, Reisinger anticipates sustainable mobility to headline the show.

“Some trends, such as e-bikes or MTB, differ from country to country,” he says. “But one thing that is similar across the UK and Europe is the whole movement towards sustainable mobility.

“It has very similar challenges wherever you are. We are all more and more aware of the environment and how cities could be used in the future. The e-bike, without a doubt, has a major role to play there. On the other hand, we have micro-mobility scooters popping up just recently, which are becoming bigger and bigger. We adapt our show for these trends, so there will be plenty of discussion around this I am sure.” 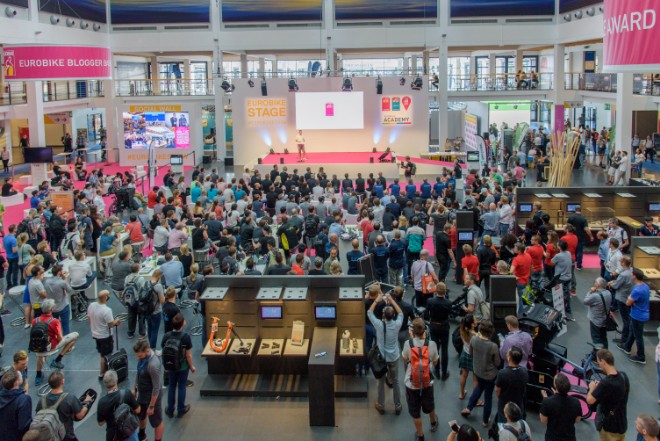 Differing opinions
2018 attendance figures were down approximately 12% on Eurobike 2017, but with a return to the traditional September date – as well as the reintroduction of a consumer day – Reisinger expects 2018 to be an anomaly.

“I think [those changes] were the biggest impact and the biggest reason last year. We pull roughly 20,000 visitors on the consumer day, so that was missing in 2018 for sure,” says Reisinger. “There is no doubt that, for the dealers, an early trade show date was not favourable. They would very likely tell you they prefer September. So we are very positive that we will return to that amount [2017].”

Despite the fall in visitors last year, however, Reisinger insists it may not be the last time Eurobike tries an alternative date. “It’s really unpredictable,” he says. “There is no consensus among the industry. There are very strong voices for an early date, and very strong voices for a later date, so it may change again in the future. It’s very difficult to please everyone, but we always try to announce it one year in advance so that people can plan for it – we already announced that 2020 will be in September, for instance.”

Reisinger believes it vital to stay in touch with the industry on an ongoing basis to ensure the show is constantly meeting their needs. “It’s one key for us, to be in touch with the people of the industry,” he says. “To listen and to hear, both the producers and the dealers. And we have to remain aware that [opinions] can change in the space of a year, so it’s about keeping up to date with them. 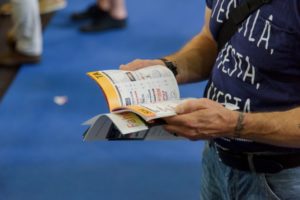 “There are various brands that wanted July last year, and now want September, and vice-versa. “Or perhaps a company changes staff and the new person has a different opinion. It’s something we have to watch very closely to make a decision that is hopefully best for everyone.”

Regardless of the return to a September date, there are a small handful of companies – such as Endura and CamelBak – which have elected not to exhibit in 2019. Reisinger, however, takes this in his stride.

He says: “What we’ve seen over the past couple of years is that some of the big players just don’t attend trade shows anymore. They run their own events, and if you’re just working with an existing dealer base, then doing that makes perfect sense. We have to accept that and so do other show organisers.”

Adapting accordingly
Eurobike has instead focused on opening up its show to as many people as possible – whether they head to Friedrichshafen or not. Reisinger explains: “Previously, you have either taken part or not taken part in Eurobike. What we have done, and what will be significant in the coming years, is open up our event. We are devising a digital strategy for it, and that’s something we really want to push on with. We also want people to come, even if it’s just taking advantage of our Media Days, or the public day. We are positive that this will bring more brands into the Eurobike fold, even if they do not attend the main event in Friedrichshafen.”

Looking toward the future, Reisinger adds: “We have been in Friedrichshafen for more than 25 years and it has always worked well, so there is no plan to change that – certainly not in the short-term. It’s important for the industry to have some stability. But in the long-term, we need to continue to be close to the market and learn what is going to happen in the next 1-2 years and adapt accordingly.”