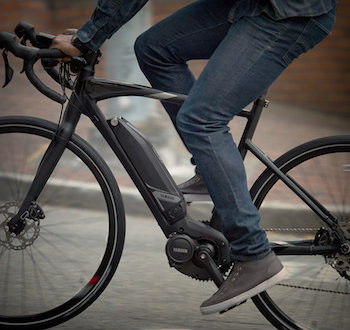 The European Cyclist Federation (ECF) and the Confederation of the European Bicycle Industry (CONEBI) have stated that the positions of EU member states on an e-bike insurance law are “interpretations of a ruling by the European Court of Justice which are currently unenforceable”, reports Bike Europe.

In May, the European Commission decided that even low-powered e-bikes fall under the Motor Insurance Directive (MID) and therefore are subject to motor vehicles third-party liability insurance if their proposal becomes law.

The ECF and the CONEBI are leading the campaign across Europe to stop or mitigate the effects of the MID, so that bikes and sub-250-watt power Electric Powered Assisted Cycles (EPACs) are not treated as motor vehicles.

Meanwhile, the Dutch infrastructure state secretary Stientje van Veldhoven said that the decision to implement the e-bike insurance law is something that as a member state, "we decide ourselves".

Now, the ECF and CONEBI have suggested that most countries are waiting for the EU processes involving the EU Parliament and the EU Council before taking a definitive position, and they themselves are currently in discussion with Parliament and Council in order to get a “sensible treatment” of EPACs in relation to the legislation.

They said that the development of the electrically assisted bike market is an international issue, and without an EU-wide recognition of the ‘bicycle’ nature of these bikes Europe will “end up with a patchwork of national legislations, confusion for national and local public authorities and confusion for users of the bicycles”.

They added: “The European Commission’s proposal, as it is now, would create fragmentation at EU level which goes against the rationale of a well-functioning single market aimed at promoting harmonisation and trade.

“We believe that we (Europe) should not push the problem down the line to member states to derogate when this can be accomplished at EU level to smooth the single market and stop a possible future decade or so of uncertainty and confusion while each member state, industry and consumer organisation lobbies for a triggering of Article 5.

"If we also recognise that the national decisions will be confused by the lobbies for every other vehicle class that are affected the changes could take years.”