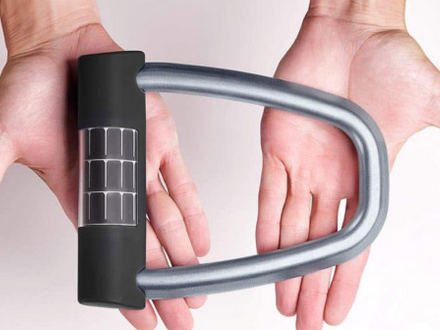 The Lattis Ellipse smart lock has received a significant discount in UK pricing.

The ‘worlds first’ lock, which connects to the user’s phone to provide keyless control, theft detection, bike sharing and crash alerts, was priced at £199.99 in the UK market. It will now be priced at £169.99.

The unit is solar powered, and features a heavy-duty shackle made of 4100 series chromoly steel with two locking points. Internally, the on-board smart tech can alert the user if the lock is tampered with, with an option to adjust the sensitivity via the app.

We’re going even further to offer all readers of Bike Biz a further ten per cent discount whilst stocks last.

“We are particularly excited by the opportunity to offer the Ellipse at the new lower price of £169,” commented Cycling Revolution CEO and UK/ Europe Ellipse chief John Adisi. “And since it is the season of giving, we’re going even further to offer all readers of Bike Biz a further ten per cent discount whilst stocks last. Just use code: BBIZ10"

“The Ellipse is by far the smartest and most secure lock on the planet and this allows many more users to access the tremendous features that is afforded by the Ellipse smart lock. This represents a very exciting time for the brand and the many future developments due to be unveiled in 2018,” he concluded.

All further information and purchasing options can be viewed via the Human Cycle website here.