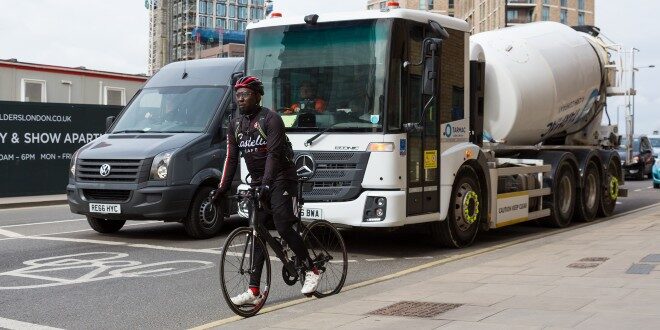 TfL, in partnership with London Councils and the Metropolitan Police Service (MPS), has published a progress report that highlights the scale of the Vision Zero challenge in London and commits to new tougher measures to eliminate death and serious injury from London’s roads by 2041.

The research shows the distance still to go to achieve Vision Zero in London. TfL is launching a new communications campaign to challenge a deep-rooted culture in which some Londoners still believe that death and serious injury on our streets is inevitable. Advertising will run on TV and in cinema, alongside roadside posters.

London has made huge strides in reducing road death since launching its first Vision Zero action plan in 2018. London’s world-first Direct Vision Standard, which reduces lethal blind spots on lorries, is now being enforced on all roads in London and TfL’s bus safety standard is mandating the latest safety technologies and designs on all new buses.

Working in partnership with the boroughs, 260km of safer, high-quality cycle routes have been delivered, 43 dangerous junctions improved, and more than 100 Low Traffic Neighbourhoods and 322 School Streets introduced.

London has also seen deaths and serious injuries fall faster than the national average with the number of people being killed or seriously injured reducing by 52% in 2020 against the Government’s 2005-09 baseline. Despite this progress, too many people continue to tragically die on London’s streets. In 2020, 96 people were killed and 2,974 people suffered serious injuries on the capital’s roads.

Collective action is now needed to achieve the Mayor’s Vision Zero goal of eliminating death and serious injury from London’s streets. This is why TfL, boroughs and the Met are all intensifying efforts and outlining further measures to achieve this goal.

TfL will be accelerating the delivery of its 20mph speed limit programme so that by 2024, 220km of TfL roads will have a 20mph speed limit, up from 80km today and 35km in 2016. TfL will also be recommending to Government that they collaborate on a pilot project to trial a 20mph default speed limit on all residential roads in London. 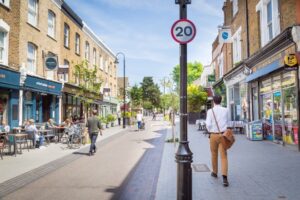 A significant increase in speed enforcement will be undertaken by the Metropolitan Police Service (MPS) to tackle the risk and harm caused by speeding. This will be done by increasing MPS capacity to enforce up to one million offences by 2024/25, introducing new technology to improve the effectiveness of enforcement and rolling out new powers to Police Community Support Officers (PCSOs) so that they can stop speeding vehicles and take enforcement action against drivers.

TfL will continue to work with the boroughs to expand the high-quality cycle network to reach more Londoners, working towards the Mayor’s ambition for the network to reach a third of all Londoners by 2025. This includes delivering 30km of new or upgraded cycle routes in 2021/22, building on the recent expansion of the network through the Streetspace for London programme.

Work will also continue on the Safer Junctions programme, which is reducing road danger at 73 dangerous junctions across London. Work has been completed at 43 junctions so far. All locations in the Safer Junctions programme had higher than average collision rates and this improvement work is a vital part of the Vision Zero ambition. Work is now underway to make it safer and easier for people walking by implementing a prioritised programme of new pedestrian crossings, including at high-risk junctions where there are none currently.

TfL remains concerned that people riding motorcycles, including mopeds and scooters, makeup only 3% of vehicle kilometres but account for 32% of people killed in London in 2020. TfL is now working with delivery companies and motorcyclists to understand how to better safeguard people riding motorcycles for work. This includes developing a motorcycle safety review tool, tested with stakeholders, to improve safety on corridors with the highest harm with the aim of piloting the tool in the future.

Proper care for the victims of traffic collisions is an important demonstration of the Vision Zero principle that no death or serious injury is inevitable or acceptable. In collaboration with the Victims’ Commissioner for London, the Mayor’s Office for Policing and Crime and the MPS, TfL is exploring options for enhancing victim support. The aim is to increase the number of people supported and to improve the offer of support to those left bereaved or with life-changing injuries. TfL’s Sarah Hope Line also offers comprehensive help and support to people who have been injured during, or affected by, a serious incident involving any TfL service.

Mayor of London Sadiq Khan said: “Each and every death or serious injury on London’s roads is a tragedy for those affected and their loved ones. I refuse to accept these terrible incidents are inevitable, which is why I am so keen to intensify the work we are already doing to reduce the number of deaths on our roads.

“This report contains bold and ambitions plans to change the way we use London’s roads, with lower speed limits being introduced and more collaboration with London boroughs to improve dangerous junctions. But we are also looking to change people’s behaviour, with the campaign launched today challenging people’s views around road culture to make our roads safer for all, particularly more vulnerable users like pedestrians, cyclists and motorcyclists.

“We have already made some good progress – but we cannot be complacent. There is still much more to do to eradicate deaths and serious injuries from our streets.”