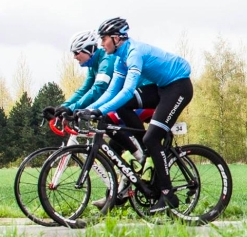 Carbon wheel manufacturing firm EDCO Engineering has officially filed for bankruptcy in the wake of losing a major investor in 2016.

Joseph Hsu, who held a significant share in the company after becoming a full investor in 2015, swiftly opted to remove all funding and investments at the end of last year. The brand had been operating under current management since early 2007 after filing for bankruptcy in 2000.

European cycle trade news source Bike-Eu confirmed that pressure was put on the remaining owners to repay Hsu and Full Tech Composties’ investment. FTC and Shenlong – another company linked to the investor ­– subsequently ceased shipment of the rims in March.

Van Hoek toled Bike-Eu: ““In 2015 and 2016 we have grown substantially in sales, especially in exports. In order to expand on this growth we needed an additional investor end of 2015. FTC already supplied us with rims and Joseph Hsu wanted to act as extra investor. So he became a shareholder. One year later, end 2016, he suddenly insisted on selling his shares.”

BikeBiz contacted EDCO for a comment and was told "The brand with continue, it’s business as usual and we want to reassure dealers that there’s nothing to be concerned about." The brand is still expected to have a presence at this year’s Eurobike show, as previously reported.