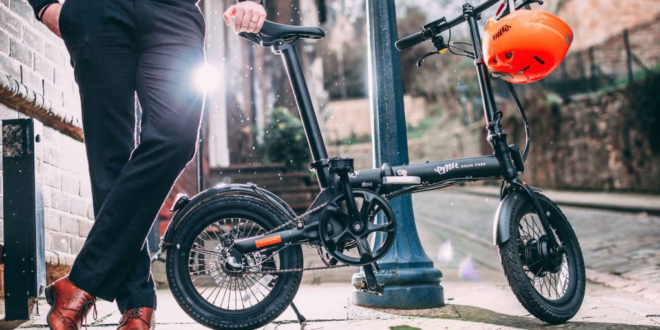 We are standing before a cultural shift that will have a longstanding impact on the way that bicycles are consumed and used in the UK. That cultural shift concerns e-bikes. The electrification of bicycles continues to be a point of controversy among a limited few. There remains a lingering macho attitude to cycling. Riding a bike is seen by some consumers as a means to an end: getting in shape, rather than getting from A to B. Electric bikes are painted by some as cheating because for those enthusiasts, cycling is an athletic pursuit. But perpetuating this myth within the industry is not helping anyone.

In the 1950s, cycling was popular among those who couldn’t afford a car. At some point, however, we moved to see it as a sport and stopped relying on it as a mainstream form of transit. With the development of modern transportation modes, the British population lost touch with cycling. Meanwhile, bikes have flourished in continental Europe. European countries have done an excellent job in promoting cycling as a means of transport; this has been reflected in e-bike sales figures. Germany is currently selling 20 times the number of e-bikes that we do, while the Netherlands, with a population of less than a third of ours, sells about tenfold the number.

Cycling is widely perceived as a sensible form of transport on the continent, whereas there seems to be a misguided perception here that our wet climate is a hindrance. Yet, in Amsterdam, there are on average 120 days of rain, while in London, we have a mere 108. Certainly, cyclists are somewhat better-served in these countries in the way of infrastructure. However, we can’t deny that a lot has been done here – especially in London – over the last few years to bring our infrastructure in line with countries where the bike industry is thriving. Cycling lanes are now excellent in the capital, and investment continues to be poured into this endeavour. The fact is that cycling in the middle of London is just about the safest thing you can do because traffic can’t move. But a lot still needs to be done. The Government’s target for growing the cyclists in London will never be achieved unless we take a more aggressive stance on encouraging e-bikes. E-bikes follow the growth of cycling and represent a mature market step.

A major problem that the industry at large faces here is the relative obscurity of cycling in the UK. Unlike fish and chips, bitter, black cabs, and double-decker buses, bikes are not seen as iconic representations of the country. They’re not fridge magnet material – yet. Cycling wasn’t really a sport here until big names like Bradley Wiggins came on the scene. There’s still work to be done for it to be perceived as a cultural emblem. That starts with making cycling the norm. In order to do so, more bikes need to be on the road, and cycling needs to be made more accessible to the large portion of the British population for whom pedal power is not possible.

Many struggle with mobility, are unable to keep up with their cycling partner, or just don’t want to overexert themselves on their way to work. These people need not be written off as target consumers. Electric bikes empower cyclists to undertake journeys that are longer than they would feel otherwise comfortable and mitigate the need to shower and change in the office. E-bikes are not competitors to standard bicycles – they are complementary. They get more people in the saddle and therein present an effective opportunity for expanding the cycle market. The e-bike consumer base has much more potential for total industry growth than it is given credit by those who are resisting this cultural shift on the basis that e-bikes are “cheating”.

And although e-bike users are unlikely to wear Lycra, more consumers lead to increased acquisitions across other sectors, like rain gear, shoes, locks, helmets, and even standard bikes, where the purchase has been made to as part of a quality-time activity for a couple or family. 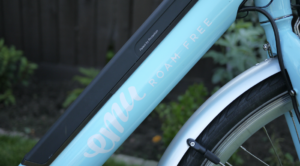 The benefits that e-bikes carry not only for the industry, but for the population in general, are enormous. They are both industry-expanding and radically beneficial to the environment. Electric bikes are a viable alternative to driving in a country whose carbon emissions are woefully high, but the perception that a bicycle cannot be used to run errands is inhibiting growth. You wouldn’t dream of taking a racing bike to get your shopping. But, with an e-bike and panniers, a cyclist can easily carry a weekly shop, and run other errands for which many are currently dependent on cars.

Consumers need to be shown that e-bikes are a much more enjoyable mode of transport than underground trains, or buses, or cars. They allow you to explore your surroundings and present opportunities for quality social time. You’re in control on an e-bike. They pose a solution to the (flawed) argument that cycling is impossible in bad weather, because sweating is minimal, and thin waterproofs prevent clothing from getting wet. Similarly, in cold weather, warm clothing can be worn. It’s widely said that e-bike riders get 80% of the benefit of pedal power, but as they can be used in all weathers with comfort, the consumer really gets more than 80% simply through increased usage. It’s a quicker way of getting around cities, a healthier way, a greener way, and a cheaper way.

We would, of course, benefit from Government efforts to introduce e-bikes as economical. A policy initiative that is fairly low-cost would help the population to save money, meet its environmental goals, and improve public health. Indeed, the news last week of the increased limit on bikes purchased using the Cycle to Work scheme bodes well. Still, more can be done to encourage growth. In the near future, I do hope to see incentives like the ones in France – ones that apply specifically to e-bikes. The government has already set up a website, but its visitation numbers are low. Currently, the shortage of resources is a barrier to governmental support. So we have to take matters into our own hands. What can we do about it from within the industry?

Perceptions about cycling in the UK can be overcome, but it’s going to take a habits change. When product visibility improves, the industry will grow; e-bikes are the key to getting more bikes on the road. However, many high-quality e-bikes are still out of many consumers’ price ranges, and affordable e-bikes are still not as available to the public as they should be. While we wait for the Government to step up and incentivise e-bikes, we need to take action from the bottom up by making the product accessible to everyone.

E-bikes represent a small part of the UK industry, but that part is significant and growing quickly. Within our company, our sales trebled last year. There will be a moment when e-bikes take off, and that moment is very fast approaching. But, it’s a case of chicken and egg. All retailers should be carrying e-bikes, with the range ideally organised in order of good, better and best. If e-bikes aren’t available in IBDs, consumers will turn to majors to meet that need, and the independents won’t see the benefits on the horizon.

You can contact Jonathan Rose to discuss the Emu range on 07803 290587 or jhr@delbanco.com