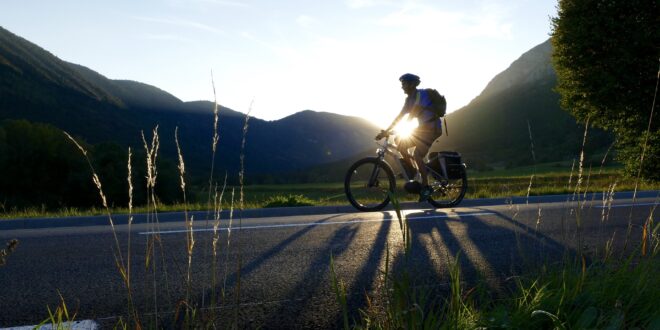 E-bike prices could be cut by up to a third to offer commuters a “sweat-free” way to cycle to work, The Times has reported.

Details of the package are set to be unveiled next spring, with trials beginning in the next five months. According to The Times, the subsidy scheme will be similar to grants for plug-in cars, which offer a discount of up to 35%.

The scheme has been welcomed by Pankaj M Munjal, chairman and managing director of Hero Motors Company, which owns Insync. He said: “Insync has been completely behind the Government’s ‘golden age of cycling’ plan since it was announced early in the pandemic, and this e-bikes announcement is another welcome addition to that programme.

“E-bikes open up cycling to a much wider audience, allowing people who do not have the fitness levels to ride a traditional bike to enjoy the benefits of cycling. Equally, the assistance given by electric power can mean a commuter arrives at their workplace fresh and ready for the day ahead, with the knowledge that they will have the energy to ride home at the end of the day.

“We have seen the growing popularity of e-bikes through the response to our Lectro range, launched earlier this year, with sales exceeding expectations right through lockdown and beyond. In recognition of this, we are already planning to take a significant share of the e-bikes market in 2021 as we recognise this is the future of cycling for so many people. We look forward to seeing even more riders enjoy cycling thanks to the government’s subsidy scheme and acknowledge that Insync has an important part to play in the success of this.”

Tom McPhail, director of public affairs, Pure Electric, said: “It’s fantastic that the Government is following through on its commitment to support electric bike use. E-bikes will play a major role in transforming travel in Britain. They’re the perfect combination of convenience, cost, environmental responsibility and health benefits – fast forward ten years and five million homes in the UK will be regularly using an e-bike.

“Unfortunately, in the short term, this announcement is going to cause problems. People will read this news and they may hold off buying an e-bike to wait for the subsidy. This could put smaller bike retailers under pressure in the months to come, while it also overlooks the fact that by next spring, the world will be running out of e-bikes, again.

“We saw major e-bike stock shortages at the end of the summer as stock levels ran down; some factories are running 24/7 to catch up and we still expect supplies will come under pressure again next year. Anyone thinking of buying an e-bike may do well to do so now to beat the expected rush.

“In the meantime, the Government now needs to confirm that any e-bike purchases from today will be able to apply retrospectively for the subsidy when it is introduced next year.

In total, between January and August 2020, e-bikes accounted for 12% of cycling sales’ value in the UK, a calculation which includes bikes, e-bikes, parts, accessories and clothing, services and other micromobility sectors. Data has also revealed that in the first half of 2020 alone, sales of e-bikes in the UK had doubled compared to the first six months of 2019.

The Prime Minister kickstarted the £2 billion cycling and walking ‘revolution’ earlier this year, which included plans to increase access to e-bikes by setting up a new national e-bike programme, to help those who are older, have to travel long distances or are less fit to take up cycling.