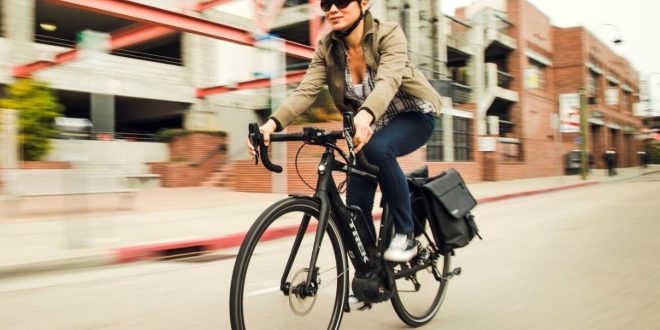 E-bike incentives “over twice as effective” as e-car grants

The UK is falling behind when it comes to green transport because it is failing to promote electric pedalling alongside electric cars, the Bicycle Association (BA) has said.

Backed up by research from consultancy Transport for Quality of Life, the BA has argued that incentives to boost e-bikes are better-value, more equitable and healthier than subsidising the purchase of electric cars, and could potentially achieve change more quickly.

The BA believes that electric vehicles will play a key role in decarbonising all forms of transport, but argues that e-bikes should be a top priority for urgent Government support. The findings will be launched at a meeting of the All-Party Parliamentary Cycling Group in the Houses of Parliament today, attended by numerous MPs, officials and decision-makers.

The evidence shows that around half of all trips by e-bike replace a trip that would have been made by car. E-bikes are also used for longer trips than conventional bikes, so their potential to reduce carbon emissions, air pollution and congestion is greater. Unlike electric cars, which tackle pollution but do not tackle congestion, e-bikes are ready now for mass adoption, the BA has said.

Steve Garidis, executive director of the BA said: “The time is right for national Government and city regions to kick-start wider e-bike uptake with purchase incentive schemes. The results in terms of CO2 and congestion reduction will be fast and at a remarkably low cost – a game-changer in clean urban transport.”

Chris Boardman, Greater Manchester walking and cycling commissioner said: “I can see the huge potential of e-bikes, they are the perfect tool to entice many people, who don’t want to be a cyclist, out of the car. I wholeheartedly support any measures that make that choice easier and I am very keen that Greater Manchester becomes the first Demo Region to pilot measures to give people this viable alternative to driving. I will work with both the industry and government to explore how we make that happen as quickly as possible.”

Alongside advocating purchase incentives for personal e-bikes, the BA has also argued that there’s a huge potential to build on the existing Department for Transport grants scheme for electric cargo bikes, which can carry up to 250kg of cargo around cities and replace nearly one in three delivery trips by van.

In a second report commissioned by the BA from Transport for Quality of Life, evidence shows that up to 30% of commercial van journeys in urban areas could be substituted by e-cargo bike deliveries, with significant scope to reduce congestion and air pollution. Among the measures called for in the report are ‘Demonstration Cities’. These could trial e-cargo bike logistics, encourage public sector procurement of e-cargo bike services, provide community e-cargo bikes for public use and help develop best practice for a future national roll-out.