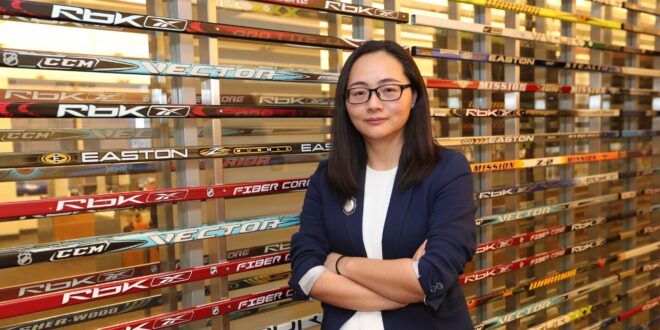 As COO, Ma will oversee the development and delivery of the EBK GP series, managing the operational team and working with all technical partners supporting the event. Ma will also sit on the board alongside chairman Andy Moss and other members of the leadership team.

“I’m delighted to be joining the team as the race series develops at pace,” said Ma. “EBK GP is a great opportunity for a new motorsport to not only deliver a thrilling spectacle but address some of the most important issues in how we interact with our environment.”

Ma has over two decades of experience in marketing and event management for major sporting events, including the Shanghai GP and the Asia Festival of Speed. She also created the brand image of Goldenport – a circuit construction and management group in China – and worked with major car manufacturers and suppliers, including Audi, BMW, Porsche and VW to introduce and initiate the Driving Experience programme to their customers. Most recently, Ma masterminded China’s National Hockey League (NHL) expansion, rolling out its global street hockey programme to over 3,000 public schools in Hebei and Beijing.

Moss added: “We are so pleased that Sandy has agreed to join our team. She is a real inspiration in the world of sport, bringing a wealth of experience and passion to disrupt the way cities respond to the world climate challenge. Sandy is also a strong advocate and influence in the Women’s Sports Alliance, which is playing a significant role in our gender equality programme.”

EBK GP also recently partnered with global sustainability organisation Ricardo to support its core mission to leave a lasting green legacy in host cities. Ricardo will provide a robust monitoring, reporting and verification framework for ensuring the integrity of commitments.

Due to begin later this year with a showcase event in Dubai, the EBK GP series will take place in 10 cities around the world across 2023. South Korea and the UAE have recently been confirmed as the first two countries participating in the global race series.