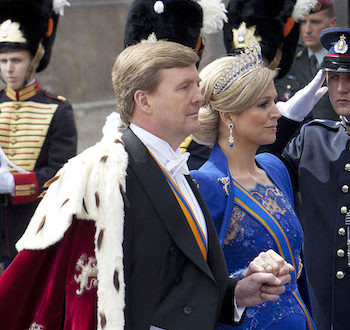 King Willem-Alexander of the Netherlands will open the Velo-city conference which is being staged in the Dutch cities of Arnhem and Nijmegen in June.

Velo-city is an annual cycle advocacy conference, with a European country hosting it every other year. It is owned by the European Cyclists’ Federation. This year’s event will bring together over 250 speakers from 40 countries, and they will be joined by over 1,500 delegates from over 80 countries.

Mayor Bruls from the municipality of Nijmegen said: "During Velo-city we cannot only learn and get inspired by all the outstanding content of the program, but we can also show what our region and the Netherlands have to offer. Having the His Majesty King as our guest during the Velo-city opening ceremony makes it even more special."

At the conference the European Cycling Strategy will be handed over to the EU Commissioner for Transport, Violeta Bulc.