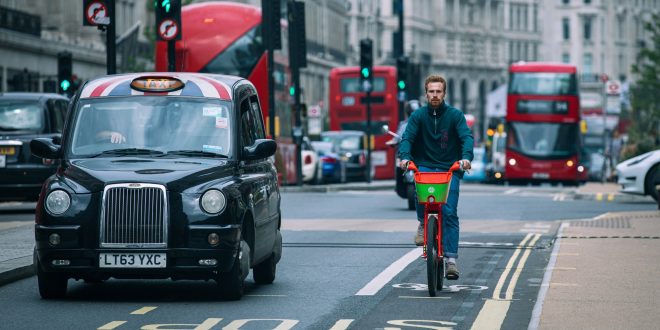 How can the bike industry best negotiate the road ahead? Chris Boardman, among others, has a few thoughts on strategy, policy, infrastructure and getting the right message across

“The only place that has bicycle registration in the world is North Korea.” If the (frankly, daft) question of bike registration had to come up, it’s the fault of then-Transport Secretary Grant Shapps.

He made headlines over the summer with his ideas about mandatory insurance and number plates for cyclists. It was an easy one for Chris Boardman, in his role as national active travel commissioner for Active Travel England, to bat away in front of the Transport Committee in the first week of September.

When BikeBiz spoke to Boardman – and felt compelled to cover off the same issue – he talks like someone who has spent a lifetime measuring everything, and using the evidence to move forwards.

“I just focus on the fact that we know, regardless of the headlines, 70% of people want to see more cycling and walking – even if it requires road space giving over,” he said. “So I will counter that [opposition narrative] where it’s required.

“But a lot of the time the strategy has to be: just don’t give it any air time. You don’t answer stupid questions and perpetuate the argument about something that’s not important. The Department for Transport knows that putting licences on bikes and enforcing these mandatory things doesn’t get the outcomes, and so we don’t need to speak to that kind of stuff.”

It’s a question that must have felt close to home in Boardman’s official position, to which he was appointed in June. Active Travel England is a Department for Transport (DfT) agency with a mission to raise the standard of cycling and walking infrastructure, and manage the £2 billion active travel budget for England. So, what does the future look like for cycling from where Boardman sits? 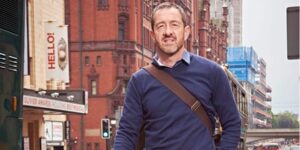 “Context is important,” he said. “Whether you like cycling or not, it’s cheap. It’s nine times cheaper than running a car. And that really matters right now. It’s super-reliable, it’s equitable. [It addresses] all of the big issues that you face.

“Not that I think we should be talking about health, for example, because that’s kind of a byproduct. That’s not how people make choices. But things people are scared about, and things people want – that’s how we make choices. We just keep fitting into those boxes more and more.”

And that’s before we lift the lid on the box marked ‘global warming’. “We know we won’t make our carbon targets, our legal targets, unless we drive a lot less,” Boardman continued. “And the only politically palatable way to do that is to give people a viable, attractive alternative.

“You just need to look at it through the lens of a crisis. And active travel is so incredibly robust. So, [if we talk about where we will be] in five years’ time? It’s here. We’ve joked several times over the years that we should get a t-shirt that says: ‘Cycling. The least shit option.’ Because even if you hate it, you’ve almost got to back it. So I’m optimistic in that respect. I’m not sure if that’s optimistic or pessimistic. I think it’s realistic.”

If the Government expects half of all journeys in towns and cities to be cycled or walked by 2030, then Active Travel England’s (ATE) targets must be realistic. Danny Williams, ATE’s CEO and Boardman’s fellow witness in front of the committee, told MPs that his organisation wants to be funding 3,000 miles of active travel routes by 2025.

“We want to interact with 2,000 projects,” he added. “We want to be involved with at least 1,000 new housing developments, and making those all work better.”

Give the people what they want Housing developments are a priority for cycling and walking charity Sustrans, too – something it has already written to the new Prime Minister about, said Rachel Toms, its director of urbanism: “We’re asking the Government to put stronger legal duties on planning authorities to play their part in cutting carbon emissions and meeting the UK’s legally-binding net-zero commitment by making it a legal requirement for local planning authorities to play their part… We’ve written to Liz Truss calling on her to protect and increase long-term funding for active travel and enshrine 20-minute neighbourhoods into planning law [for all new housing developments].” 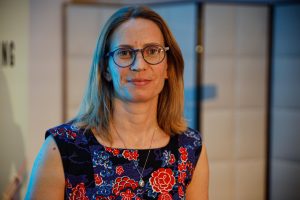 Toms defines those neighbourhoods as giving people “access to all the key ingredients for day-to-day life – schools, shops, services, healthcare, parks, clubs and cultural activities – within a 20-minute round trip from home via walking, cycling or public transport”. Unsurprisingly, communities like this are a popular concept when Sustrans talks to people across the country every two years via the Walking and Cycling Index.

“Many more people want to cycle but don’t, for reasons including safety,” said Toms. “For example, 70% of people say they’d walk or cycle more with less pavement parking, and 79% of people support the creation of 20-minute neighbourhoods. So there’s more and more reasons, all the time, pointing towards the shift that we need to make in urban mobility away from private motor vehicles and towards micromobility.

“And we’re on that journey at the moment towards cargo bikes, e-bikes and e-scooters coming into the mainstream and being one of the many ways people get around for short journeys in urban areas.”

How to give that mobility shift greater momentum? Adam Tranter, the West Midlands’ first cycling and walking commissioner, has some ideas. “What I’ve learned is probably most applicable to e-bikes,” he said.

“E-bikes could be really transformational. We see it in the West Midlands Cycle Hire Scheme, they are incredibly popular – more so than standard pedal cycles, even though they’re more expensive to hire, we’re getting more usage and more miles proportionally from them.

“So we know that’s what people want. And I’m minded to give the people what they want. If it’s e-bikes as opposed to bikes, and they’re [seen as] ‘smart’ or ‘hi-tech’, then that’s where we need to go.

“And for the same reason we need to embrace e-scooters. They’re not technically that special, or fundamentally that good! You ride an e-scooter for a long while and you might be like: ‘It’d be better if I was on a bicycle, because the wheels are bigger, it’s more comfortable and I can carry stuff.’ 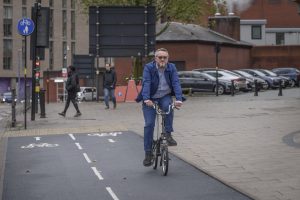 There is, Tranter said, a huge amount of work to do in his position. But not where he expected. “Before I took this job, I thought I’d spend the first six months trying to ‘win the argument’ and get that political will,” he said.

“And I’m lucky, because my boss – Andy Street, the [Conservative] Mayor of the West Midlands – is really on this agenda, and part of the reason for appointing me is to move it forward quicker. And a lot of the leaders of the local authorities – take Birmingham, for example – are also leading the way here.

“So when you look at what’s stopping us and where we need to be, it’s the scale of change required. You have to secure consensus, you have to have fights and push forward for change, because change is hard. But largely it’s the fact that we’ve designed solely for motor vehicles for around 70 years now. That takes a lot of undoing.”

Tranter said he and his team are still learning, but there are examples they can point to that illustrate the progress they are making. “Take the [2.75km] Coundon Cycleway in Coventry,” he said. “It’s a high-quality, two-way, fully segregated, protected cycleway right into the city centre. And it’s brilliant.

“It’s all built to the latest LTN 1/20 standards. And the same guy who built that is building the [6km-long, segregated] Binley Cycleway, which is one of our flagship routes for the West Midlands. So it’s getting to the point where some local authorities are saying: ‘We should go to Coventry to see how they’re doing things,’ which is really great.”

If this infrastructure is being built for what he calls “lazy walking”, then Tranter said bike shops should be looking at what that new consumer looks like in their areas, and how they can best serve them.

“And it might not be something as obvious as just having the right bikes,” he continued. “Sometimes, in the bike shops I go to, all you can see is drop-handlebar bikes. Do you need that for riding to the shops, or can you put a child seat on it?

“Sometimes I think bike design in this country has catered only for an enthusiasts’ market. And even when we have sold bikes that are suitable for other purposes like commuting or recreation, or utility, we’ve not put mudguards or racks on them, or anything like that.

“So there’s a technical element here. But it’s also looking at how new potential consumers need to be supported. And that’s also related to mechanical proficiency.

“I always find it kind of crazy that there’s this culture in cycling that you should be able to fix your own punctures, and if you can’t you’re a moron. Whereas as soon as anything goes wrong with my car I just take it for a service… For some reason, in cycling – and I might be exaggerating a little – we kind of look down on those people. And that’s just silly.”

Boardman is on board with the approach to customer communication: “We need to make sure our messaging is in the language of the person who is listening,” he said, “not what we want to tell them. And that is a fundamental shift. The car industry got this years ago. They show you something that looks and feels nice, and then they bolt a car onto it. They don’t tell you about the car. They tell you about what it will give you.”

Tranter’s praise for Conservative leadership is also echoed by Boardman, but on a national rather than local level. Boardman said the Government did a lot of good for active travel under Boris Johnson: “The policy we have in place now because of the last PM is sensational… So we’re in a place that we wouldn’t have dreamed of a few years ago.

“What happens next, who knows? But, [for] all of the issues that we talked about at the start – this is part of the answer.”

Previous UK distributor VeloBrands to offer sales outsourcing
Next Tell us your thoughts: What do you make of British Cycling’s partnership with Shell? 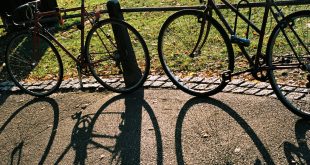